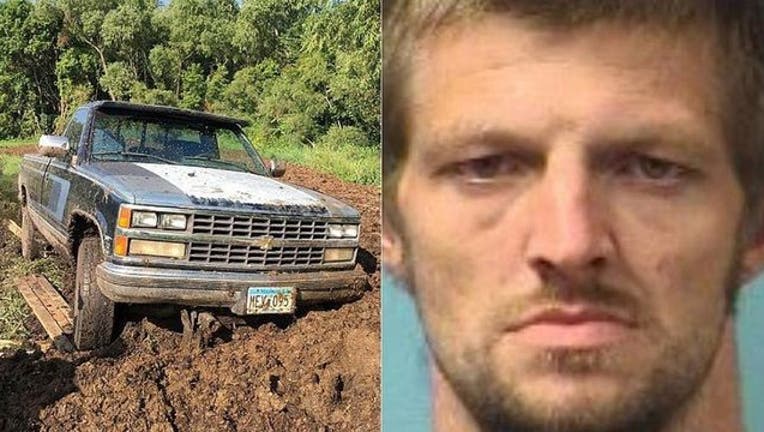 Matthew Bloomquist, 29, was nabbed on a burglary charge after he got stuck in a manure pile during the getaway, investigators said. (Stearns County Sheriff's Office)

FOX NEWS - A bungling burglar in Minnesota was nabbed after his pickup got stuck in a large pile of foul-smelling manure during the getaway, according to reports.

Matthew Bloomquist, 29, of Hawick, Minn., was found standing on the side of the road, smoking a cigarette, covered in manure from his waist to his feet when deputies arrived to investigate Wednesday morning, according to Stearns County Sheriff Don Gudmundson.

“He was wearing jean shorts over long underwear and no shoes, which the deputies assumed were somewhere in the manure pile,” Gudmundson said Friday in an incident report titled, “Something doesn’t smell right.”

“Obviously this encounter was accompanied by a strong smelling odor,” he said. “Add to that the fair amount of rain we received over the weekend and you have a nice blend.”

Deputies said Bloomquist was caught snatching lumber and other items from a farm shed in Maine Prairie Township.

When the farm owner called to report the overnight burglary, he said surprisingly that the pickup involved was still on the property, stuck in the manure, Gudmundson said.