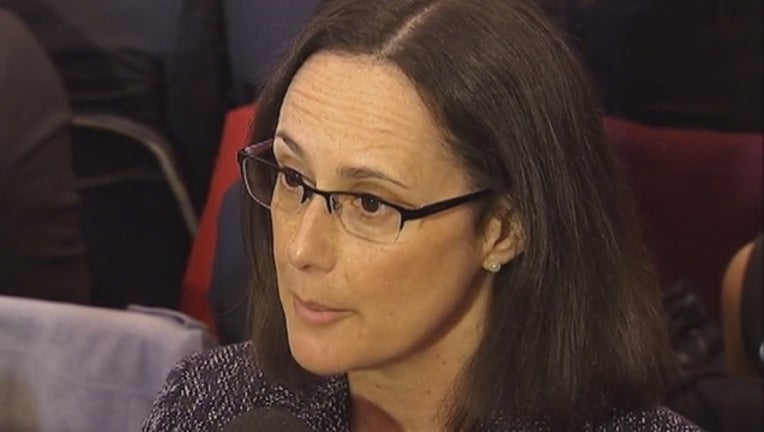 CHICAGO (AP) -- The race to become Illinois' next chief legal officer is off to a furious start after Attorney General Lisa Madigan's sudden announcement that she wouldn't seek a fifth term.

A Republican former Miss America's campaign has been reinvigorated. Two Democratic state lawmakers have stepped forward. And so many others are contemplating runs that news outlets are posting online trackers of who's in and out. The mad dash for the only open race for statewide office next year means there could be a crowded primary ballot, at least on the Democratic side.

"It's going to be a very vigorous race," said Republican Erika Harold of Urbana, who declared her candidacy last month. "My message will remain the same. I've been focused on putting the people before the powerful."

The Illinois Republican Party has contributed roughly $34,000 to her campaign. Since Madigan made her surprising announcement about a week ago, Harold has tried to solidify her GOP establishment backing. She's collected endorsements from 45 Republican lawmakers, including House Republican Leader Jim Durkin. He used a Chicago speech last week to praise the Harvard University-educated lawyer, who was crowned Miss America in 2003 and made an unsuccessful primary bid for Congress in 2014.

Fewer endorsements have trickled in on the Democratic side where things are more complicated when it comes to party backing.

Madigan is the daughter of Illinois House Speaker Michael Madigan, the longest-serving speaker nationwide who's also leader of the state Democratic Party. He said, through a spokesman, that he hasn't taken a position on the attorney general's race.

Still, candidates have had to factor in the influence of both of them.

"She's had an incredibly successful tenure. So she leaves a big void," he said. "I'm calling everybody that I know in the party."

He picked up an endorsement from longtime Democratic U.S. Rep. Danny Davis of Chicago. Raoul, an attorney, was appointed to his Senate seat in Chicago to fill the vacancy left by then-state Sen. Barack Obama's election to the U.S. Senate.

Meanwhile, another Democratic legislator --state Rep. Scott Drury -- exchanged his gubernatorial bid to seek the attorney general nomination. Drury was the sole Democrat to forgo support of Michael Madigan's election to a 17th term as speaker.

"What Illinois needs is an attorney general who's fiercely independent," the former federal prosecutor from Highwood said.

Madigan was elected Illinois' first female attorney general in a tight 2002 race, going on to easily win the next three elections. Four years ago she briefly considered running for governor, but said Illinois wouldn't be well served by having a House speaker and governor from the same family.

She's declined most interview requests, including with The Associated Press. But she told a Chicago radio station she wasn't running another campaign soon, ruling out a possible run for governor in 2018 or Chicago mayor the year after. Her term ends in January 2019.

"I've learned never to say never," she told Chicago's WBBM. "So I do not know what the future holds politically but at this point I'm not seeking re-election as attorney general, and I have no immediate plans to run for any other office."