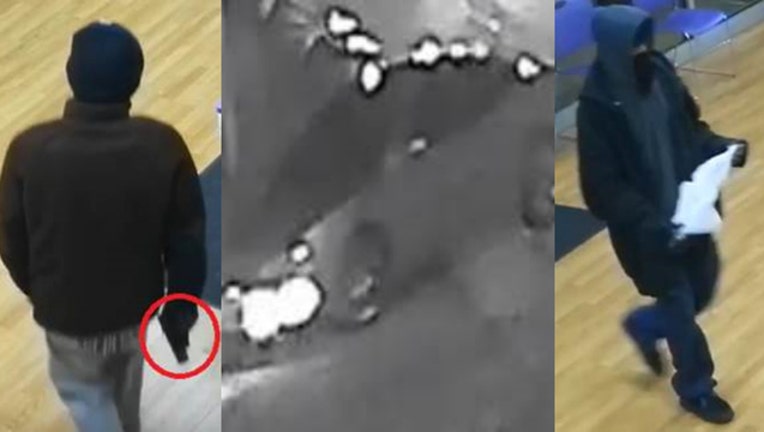 Two suspects, one armed with a gun, entered the store in the 1800 block of Washington Street about 7:40 p.m. and ordered the store employees to sit on the ground, according to Waukegan police.

They stole money from the store and were last seen running to a car parked nearby, police said. No employees were injured.

The first suspect is described as a 5-foot-5 black male with a thin build and wearing a black beanie hat, brown jacket, black mask and black gloves, police said. He was armed with a black handgun.

The second suspect was described as a 5-foot-5 black male with a thin build and wearing a dark beanie hat, black jacket over a dark hooded sweatshirt, a black mask and black gloves.

The car was described as a light-colored sedan with the driver’s side headlight out, police said.

Anyone with information is asked to call the Waukegan Police Department’s tip-line at (847) 360-9001.