Steve McMichael is a five-time NFL all-pro, Super Bowl champion and former professional wrestler, but he admits this is one fight he can't win.

McMichael is a five-time NFL All-Pro, Super Bowl champion for the 1985 Bears team, and former professional wrestler. However, he admits this is one fight he cannot win.

McMichael, 63, had been experiencing tingling in his arms for some time that he figured was a neck or spine issue stemming from his playing days or his work as a professional wrestler. A neurosurgeon at the Mayo Clinic suggested in September he had Lou Gehrig’s disease. McMichael sought other opinions, and in January, doctors in Chicago confirmed the diagnosis.

According to the Chicago Tribune, McMichael now uses a high-tech wheelchair, with both a "sip and puff" straw and head controls for steering.

"I promise you, this epitaph that I’m going to have on me now? This ain’t ever how I envisioned this was going to end," McMichael told the Tribune.

But his humor remains, also telling the Tribune, "I thought I was ready for anything. But man. This will sneak up on you like a cheap-shotting Green Bay Packer." 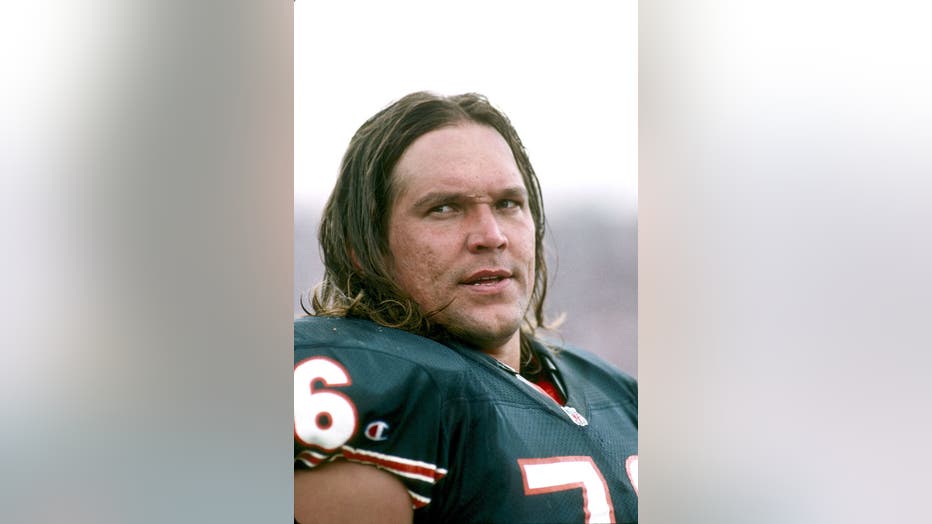 Chicago Bears defensive tackle Steve McMichael (76) watching the offense during the Bears 47-17 victory over the Tampa Bay Baccaneers on 9/26/1993 at Soldier Field in Chicago Illinois. (Photo by Peter Brouillet/Getty Images)

The Chicago Tribune reports McMichael will no longer make public appearances, which includes his on-air analysis of the Bears on ESPN and performances with his band, "The Chicago Six."

With his booming voice and larger-than-life personality, McMichael has been a fixture for decades in Chicago. Drafted out of Texas by New England in the third round in 1980, he was cut by the Patriots a year later. He signed with the Bears and spent 13 seasons with them.