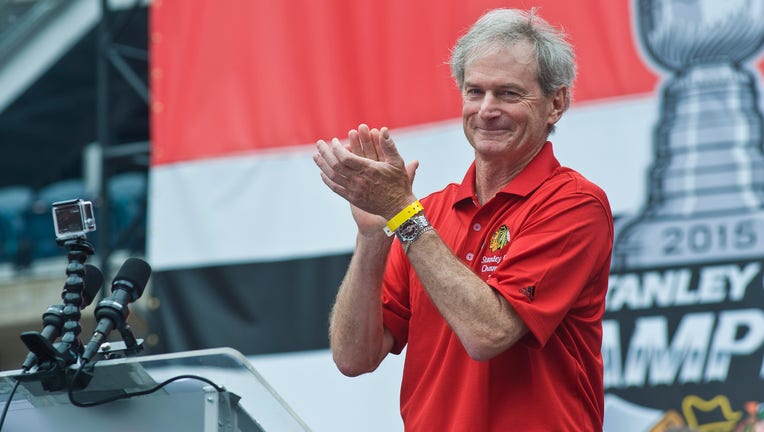 CHICAGO - The Chicago Blackhawks said on Wednesday that the 2021-2022 season will be the last for longtime play-by-play announcer Pat Foley.

Foley has worked with the Blackhawks for decades. His first stint was 1981 to 2006, and he worked for the NHL team again from 2008.

Last month, Foley apologized for an on-air complaint about COVID-19 protocols, in which he said, "Had I been traveling with the team this year, I might have put a bullet in my head. I wouldn't even have had access to the player lounge."

The Blackhawks said they were "incredibly disappointed" in his comments, which "trivialized mental health and suicide."

Foley has won several Emmys and was inducted into the Chicagoland Sports Hall of Fame in 2002. He grew up in the north suburbs and attended high school in Wilmette.

Eddie Olyczyk has seen a lot and done even more on the ice. But his biggest battle came after a 2017 diagnosis of cancer. Now he reflects on that and how he's moving forward in his new book