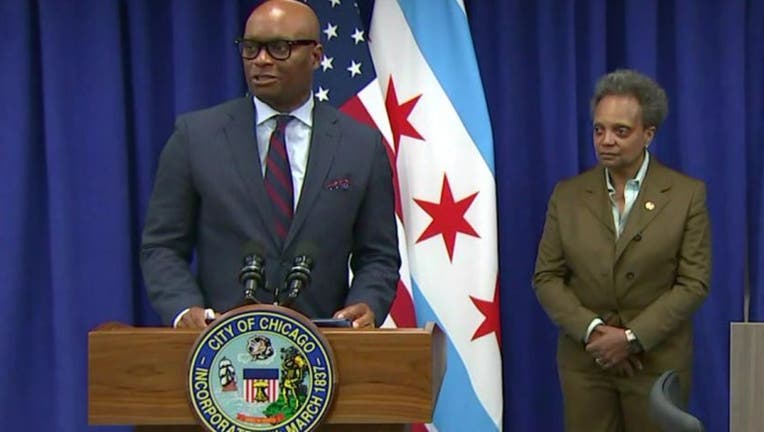 CHICAGO - Chicago’s inspector general said Thursday that most police misconduct investigations were closed for lacking sworn testimony even when other suitable evidence, like 911 audio, was available.

Inspector General Joe Ferguson’s 62-page report found investigations conducted in 2017 and 2018 by the Chicago Police Department and the Civilian Office of Police Accountability often ended prematurely and improperly for lacking signed affidavits even "when there was objective, verifiable evidence" that could be used instead.

Typically when someone files a complaint against police, state law requires the accuser to sign an affidavit. But that requirement can be waived, called an affidavit override, particularly if there’s other evidence like a police report, video or medical records. The override requests are most common with domestic abuse or excessive force allegations.

"The override process if used as designed, is an effective tool for ensuring that police misconduct is meaningfully investigated," the report said. It later went on to say: "Historically, however, the process has been underused and perhaps poorly understood."

The inspector general looked at outcomes of 8,602 complaints filed against police in 2017 and 2018, saying that would allow ample time for study as investigations can take years. Of the 3,678 that made it to the final investigative stage, 2,290 or roughly 62%, were closed for lacking an affidavit.

Get breaking news alerts in the FOX 32 News app. Download for FREE!

Civilian Office of Police Accountability spokesman Ephraim Eaddy said the organization has updated its practices since the years covered by the report and would further change policies as warranted.

"COPA has matured significantly as an organization during the past two years which is reflected in the increased rate of cases closed following a full investigation since 2019," Eaddy said in a statement.

Mayor Lori Lightfoot said Thursday at an unrelated news conference with Police Superintendent David Brown that she hadn’t yet read the report but that investigating agencies must take appropriate action.

She said if somebody makes a complaint against police and there’s corroborating evidence, it is investigators’ "absolute obligation to move forward with the investigation and not just put it to the side."′