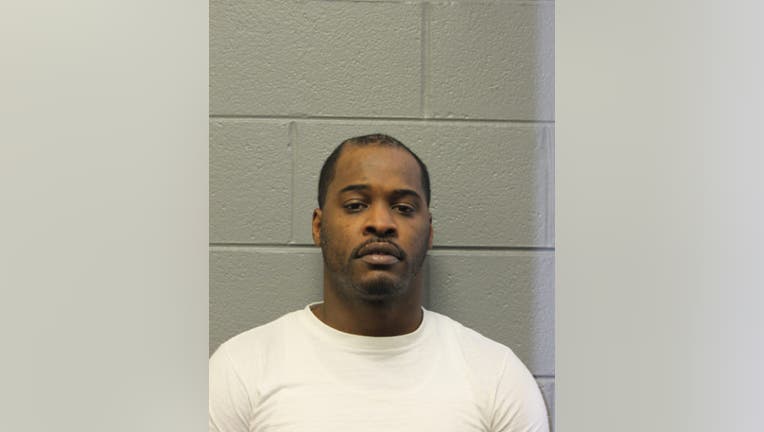 CHICAGO - A mother had just parked her car outside her West Garfield Park home last month when a gunman opened fire and struck her 3-year-old child in his face, Cook County prosecutors said in court Friday.

Andy Wallace, 35, was arrested Thursday in Cicero and charged with attempted murder, aggravated battery and aggravated discharge of a firearm in the Feb. 22 shooting.

That morning, the 28-year-old mother had just finished parking her Audi in the 3400 block of West Congress Parkway, prosecutors said.

But before she could remove her child from the backseat, a white SUV pulled up and Wallace leaned out of an open rear passenger door and fired at her car, prosecutors said.

Bullets pierced her car’s windshield, hood, doors and the driver door mirror. The white SUV sped off and stopped down the street under a viaduct, prosecutors said.

The mother looked to her child and saw a gunshot wound near his eye. She sped off in the car to Stroger Hospital, where doctors removed a bullet fragment from below the child’s eye.

Officers canvassed the crime scene and learned the possible shooter was likely Wallace, whom people were able to identify on social media, prosecutors said. Investigators met the mother at the hospital and she allegedly identified Wallace in a photo lineup. She had recognized Wallace as someone from the neighborhood.

Prosecutors did not offer a possible motive behind the shooting.

Wallace has 11 previous felony convictions, most of them drug-related. He was convicted of aggravated unlawful use of a weapon in 2008, and convicted of robbery as a juvenile in 1999.

At the time of the shooting, Wallace was on bond for a pending manufacture/delivery of fentanyl case, prosecutors said.

Wallace’s attorney said this case hinges on the identification made by the mother, which could be called into question.

Judge David Navarro said that, while there may not corroborating evidence, "I do think the presumption is great that you did commit the offense."

Navarro ordered him held without bail.