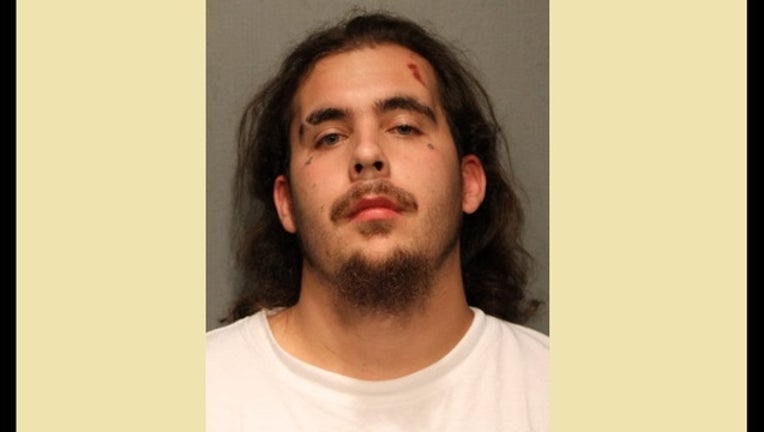 CHICAGO (STMW) - A 24-year-old man was driving in West Town early Sunday morning when his backseat passenger opened the car door and started shooting at an off-duty Berwyn police officer who was tailing them in his personal vehicle, the Chicago Sun-Times is reporting.

The officer had been chasing the men because he saw Benjamin Russell drive off after crashing into an ambulance in the 1800 block of West Huron, Assistant State’s Attorney Jennifer Walsh said.

The off-duty officer, who was on his way home from work, saw Russell speed through side streets and alleys before he was shot at, Walsh said.

The officer returned fire and called 911 with a description of the car as well as the license plate number. He stopped pursuing Russell as he fled, Walsh said.

Russell, of the 1200 block of West Ohio, goes by the nickname “Umpa,” was ordered held on $2 million bail Tuesday on a charge of attempted murder.

The car Russell was driving was registered to his brother, who was in the back seat during the chase, Walsh said. The brother later identified Russell as the driver, Walsh said.

The officer also identified Russell, who was arrested the same day in the basement of a residence in the 6100 block of South Martin Luther King Drive.

The car has since been recovered. The gunman has not yet been charged, Walsh said.