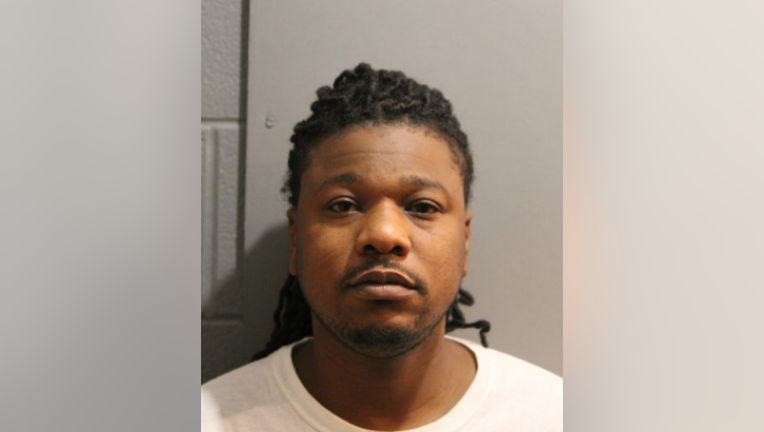 CHICAGO - A man has been charged with killing his ex-girlfriend’s new partner last July on the South Side, shooting him 23 times.

Willie Humphery, 35, pulled up in a blue BMW to his ex-girlfriend’s apartment in the 6500 block of South Kedzie Avenue on the afternoon of July 3, according to prosecutors.

He confronted Dorian Latrell Jones outside the apartment, prosecutors said. Surveillance video shows Humphery bending over Jones on the ground, and a ShotSpotter recorded "several rounds in the area," they said.

A witness near the apartment heard "two successions of gunshots" and saw a person matching Humphery’s physical description and clothing holding a handgun with an extended magazine as he entered the BMW and fled, prosecutors said.

Jones, 25, was taken to Christ Medical Center in Oak Lawn, where he was pronounced dead, authorities said.

Prosecutors say cell phone data recovered from Humphery showed he was at the scene at the time of the shooting and had called his ex-girlfriend before the murder. Three phones were recovered form Humphrey when he was arrested months later in the same BMW, which had been painted white, officials said.

On one of the phones, Humphrey was allegedly texting with his ex-girlfriend about their relationship after the shooting, which included discussions over how to hide his BMW from police and switch license plates, prosecutors said.

On the same phone, Humphery searched for references to the murder on the SpotNews media account, which prosecutors described as a "popular social media account that tracks Chicago scanner activity."

Humphrey was charged with first-degree murder and was ordered held without bail Friday. His next court date is Dec. 20.