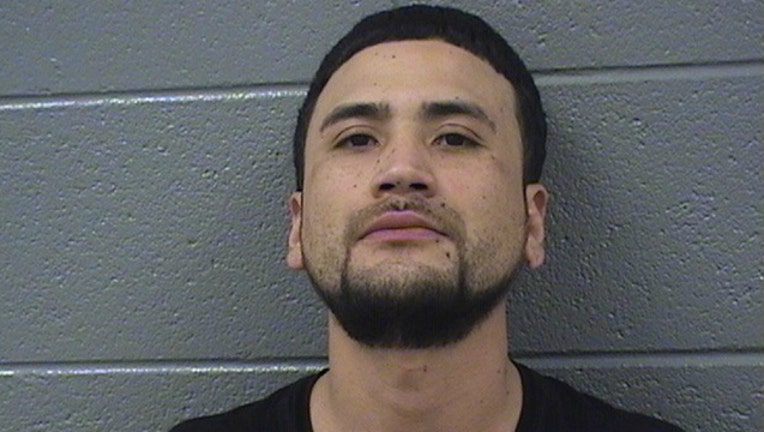 CHICAGO (Sun-Times Media Wire) - A Northwest Side man was charged with predatory criminal sexual assault for allegedly raping an 11-year-old girl he met on social media, the Chicago Sun-Times is reporting.

Erik Coquet, a father of three, gave the girl beer before attacking her in his home, in the 1880 block of North Keeler, on May 8, Assistant State’s Attorney Lesley Gool said Wednesday.

Hours before at midnight, Coquet, who had been texting and Facebook Messaging with the girl since March, picked her up near Pulaski and Fullerton, Gool said.

The 27-year-old man then drove the child back to his place where he gave her alcohol and sexually assaulted her, Gool said.

The girl woke up naked in Coquet’s bed later that afternoon, Gool said.

Coquet ended up dropping off the girl at 45th and Maple that night, Gool said.

Meanwhile, the girl’s mom reported her missing after she noticed that she had disappeared after getting into her bed on May 8. The mom and her other daughter repeatedly called the 11-year-old girl throughout the day but no one answered, Gool said.

Then at 11 p.m., the girl picked up her phone and told her sister where she was. When her sister picked her up at a Dunkin Donuts near 45th and Harlem, the girl told her that she was in pain, Gool said.

The victim was taken to Lurie Children’s Hospital where a rape kit was performed, Gool said. Medical personnel also found a “hickey” on the girl’s neck.

Coquet allegedly admitted to police that he had raped the girl.