A Chicago man is among the latest to face federal charges as a result of last week’s riot at the U.S. Capitol.

CHICAGO - A Chicago man is among the latest to face federal charges as a result of last week’s riot at the U.S. Capitol.

Kevin James Lyons, 40, has been charged with two misdemeanor counts related to the violent incident last week in Washington, D.C, the Chicago Sun-Times is reporting.

He has been charged with entering restricted grounds without lawful authority, as well as violent entry and disorderly conduct.

Court documents say Lyons admitted to agents that he traveled to Washington, D.C. on Jan. 8 to attend President Trump’s rally.

They also found a post on his Instagram page saying, "I refuse to tell my children that I sat back and did nothing. I am heading to DC to stop the steal."

Lyons also told federal agents that while he was inside the Capitol, he stayed primarily in the hallways, but did enter the "Big Boss'" office. Lyons confirmed to Federal agents that the "boss" he was referring to was House Speaker Nancy Pelosi. 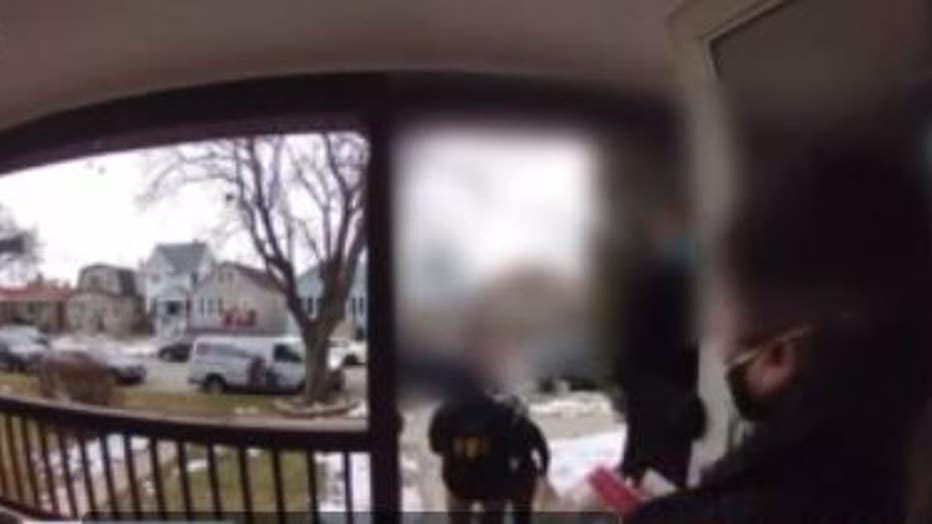 Lyons works for American Weathermakers, a local heating and cooling company. A manager called him an upstanding employee.

Lyons appeared via a telephone link from jail before U.S. Magistrate Judge Gabriel Fuentes on Wednesday. The judge ordered him released on a $10,000 recognizance bond.

Among the conditions of Lyons’ release, Fuentes ordered him to have no contact with anyone involved in the Jan. 6 riot or anyone planning to impede or disturb the normal course of business of Congress or any other federal agency.

"I understand and agree, your honor," he answered when asked if he understood the conditions.

Court-appointed defense attorney Lawrence Wolf Levin did not speak about the charges during the hearing.

He is the second known person from Illinois to face federal charges as a result of last week’s U.S. Capitol breach.

On Friday, federal prosecutors announced charges against Bradley Rukstales. Court records allege Rukstales was discovered amid a crowd inside the U.S. Capitol that was making loud noises, kicking chairs, and throwing and spraying unknown substances at officers.

FOX 32's Nate Rodgers and The Associated Press contributed to this report.