In a statement, Lightfoot said she asked World Business Chicago to suspend the sister city relationship with the Russian capital amid its invasion into Ukraine.

"In light of recent events and upon reflection over these last few days, I believe that Chicago needs to go further in its definitive actions against Russia," she said in a statement. "While this is not a decision I enter into lightly, we must send an unambiguous message: we strongly condemn all actions by the Putin regime."

The suspension be upheld until the end of hostilities in Ukraine and Russian President Vladimir Putin is held accountable, she said. 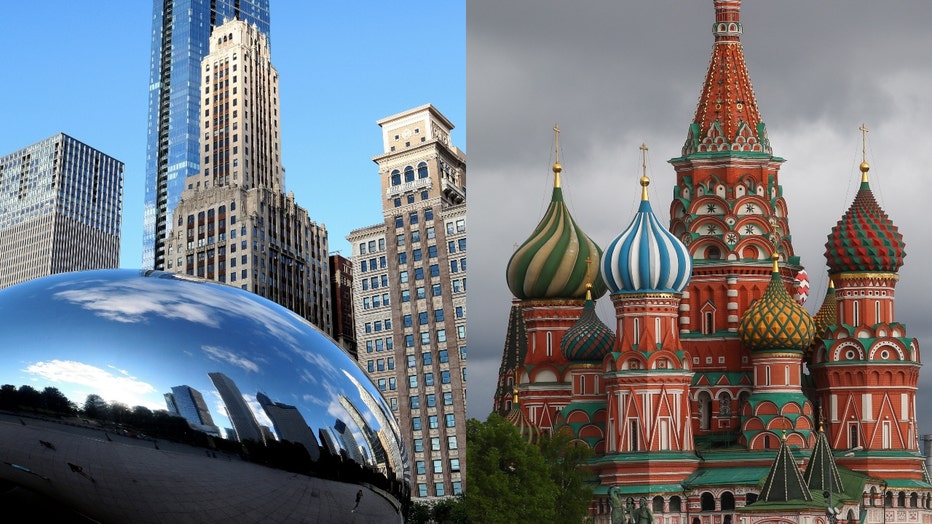 The mayor's actions came a day after city leaders proposed a resolution to revoke the sister city relationship between Chicago and Moscow. The proposal also called for the city to revoke relationships with other cities located in nations that support Russia's military operation in Ukraine.

Chicago has relationships with 28 cities around the world, including Kyiv, when both cities entered into a pact in 1991 and Ukraine withdrew from the Soviet Union, according to the Council of Chairs of Chicago Sister Cities International.

"We believe that democracy and self-determination are cornerstone values of both the United States and Ukraine; that self-determination is the right of all people around the world, including the Ukrainian people; and that a free and independent Ukraine is of vital importance to protecting the Ukrainian people, their history, art, and culture, the group said in a statement on Monday.

"Therefore, we, the undersigned members of the Council of Chairs of Chicago Sister Cities International, affirm our support for the independence, sovereignty, and territorial integrity of Ukraine; and condemn the unprovoked and unjustified attack by Russian military forces on Ukraine; and urge the international community to impose severe sanctions on Russia for its needless act of aggression against Ukraine and global peace and security," the statement continued.