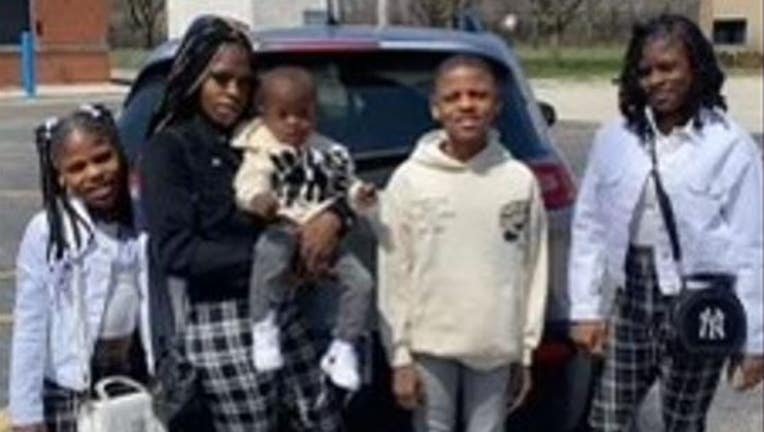 Marquita Davis and her children | Provided

CHICAGO - A mother of four young children was fatally shot Sunday morning in Lawndale on the West Side.

Marquita Davis, 27, was shot in the armpit around 5 a.m. in the 1500 block of South Sawyer Avenue, according to Chicago police and the Cook County medical examiner’s office.

She was able to drive herself to Mount Sinai Hospital, where she was pronounced dead after losing a lot of blood, according to her older sister Lashawn Ward.

Ward, 31, said her sister had gone out with friends earlier to celebrate Mother’s Day, but the family was still not sure what led to the shooting that claimed her life.

Police did not provide any updates Monday and no one was in custody. Davis was one of six people killed in weekend gun violence in Chicago.

Davis "liked to help everybody, no matter if they’re friends or nothing. I’ve never seen nobody that just loved helping people," her sister said.

Davis "loved to go out" with her children, the youngest of whom is 1 and the oldest 12. Ward said Davis sold hair extensions, clothes and shoes to provide for her children. "Anything they wanted, they had it."

Ward said she’ll miss her sister’s laugh, and the way she brightened up a room when she walked in.

"When everybody is boring, she was the life of the party," Ward said. "She was a great mom, and she will be missed by so many people."