After the recent suicides of three Chicago police officers, the city’s top cop on Monday fended off rising criticism of his policy of routinely cancelling days off, insisting the controversial practice is tightly controlled and has been common for decades.

CHICAGO - With the police department facing a mental health crisis, Ald. Anthony Napolitano is pushing an ordinance that would give Chicago cops advance notice of their schedules, empower them to decline excessive overtime and offer a pay bump to those who accept.

After a series of officer suicides, criticism of the department’s practice of canceling days off has come under increased scrutiny.

Napolitano (41st) plans to introduce his proposal at Wednesday’s City Council meeting in hopes it can give exhausted cops "some relief." Before the meeting, he and four of his colleagues are holding a news conference with relatives of fallen officers to call for hearings on mental health challenges facing police.

"We have 20 suicides in four years," three of which happened this month, he said. "This isn’t a cry for help. This is a blatant alarm going off." 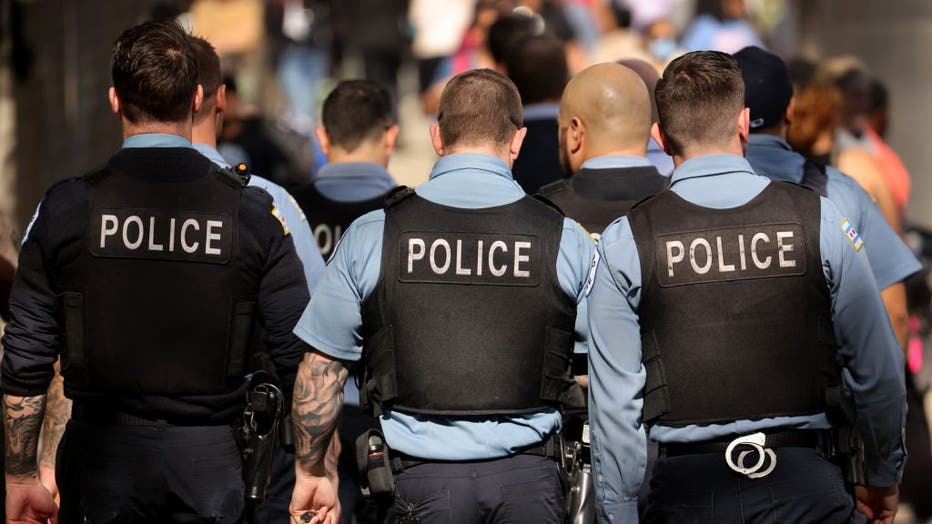 In 23 years with the city, Napolitano said he has never seen such a "total disregard for a department and a workforce."

Under his proposal, an officer could decline "any previously unscheduled hours," including proposed canceled days off and extended shifts of more than two hours. If an officer has more than two hours added to a scheduled shift or has to work in a new location, they would be paid double time for each shift on top of regular overtime.

Officers would also be granted "the right to decline" work hours that come less than 12 hours after their previous shift ended. Should they accept, they’d be paid twice their normal rate.

Chicago police brass questioned after recent suicides in the department

Those requirements wouldn’t apply if the city is facing a breakdown of public utilities, a natural disaster or an event that "would cause a clear and present danger," such as civil unrest. Shift trades, mutually agreed upon schedule changes and alterations for disciplinary reasons also wouldn’t be affected, the ordinance states.

If the department needs to fill extra shifts, they would first be offered to cops who are "qualified to do the additional work," according to the ordinance. The distribution of additional hours couldn’t be discriminatory and should be doled out based on "qualifications, rank, seniority" and any collective bargaining agreements subject to payment at double time.

Retaliation against officers exercising their new rights, including termination and punitive schedule changes, would be prohibited and carry a $10,000 fine. The department would also face a fine of up to $2,000 a day for each violation of the ordinance — money that would go directly to the affected officer.

What does Napolitano expect a Chicago Police Department with nearly 2,000 vacancies to do if they don’t have enough officers to protect the city?

"We’re at critical mass right now," he said. "If you can’t properly protect this city with the manpower you have without increasing their working time, you have to step outside the city of Chicago.

"You have to reach to the county and the federal government and ask them for assistance. You can’t put it on a department that you’ve purposely depleted for defunding purposes. They’ve demonized the police department. We can’t get anybody to take this job."

Police spokespeople didn’t immediately respond to a request for comment.

If the City Council approves the ordinance, the police department will also be forced to provide the crime statistics needed to justify canceling days off.

"You’re gonna see officers who need rest decline and get their rest," Napolitano said. "They’ll be able to kiss their families, take their kids to school again and have some time to breathe and get their sanity back. And when they’re rejuvenated, they’ll jump on top of taking the overtime for the extra pay and allow another group to rest. It’s there for them to work this out."