A major training exercise Thursday will have the city shutting down intersections and filling some areas with concrete barriers.

CHICAGO - A major training exercise Thursday will have the city shutting down intersections and filling some areas with concrete barriers.

Officials say it is not in response to Kenosha, but an alderman say the city needs to be prepared.

In a neighborhood that still bears scars from the last round of looting, the city is taking steps to prevent it from happening again.

"We just don't know. We have to be prepared for sudden developments, for spontaneous breakouts of criminal activity,” said Alderman Brian Hopkins.

Hopkins was reacting to the city's announcement that it will hold what it is calling a "public safety drill" Thursday night between 6 and 9 p.m. in a large area bounded by Division on the north, 18th St. on the south, Clark Street on the west and Lake Shore Drive.

The Office of Emergency Management, which is running the drill, warns of disruptions to traffic and says: "The focus of this exercise is to ensure the safety and well-being of residents, workers, businesses and peaceful gatherings. The drill is not in response to any event."

On Wednesday, city crews began dropping large concrete barriers and jersey walls that will be used during the exercise, as the city tries to become more nimble at shutting down streets on the fly.

"What happened with the looting on the weekend of August 10, it was all vehicle related. There were vans and U-Haul's and cars stealing merchandise. And those vehicles drove around the downtown area completely unfettered for a period of time,” Hopkins said.

Thursday night's safety drill will involve not just police and firefighters, but a number of civilian city employees from Streets and San and the Department of Transportation who will drive trucks to block intersections.

With so many business still reeling from the earlier two rounds of looting, Hopkins says the city simply can't allow it to happen a third time.

"There's businesses that are hanging on by a very thin thread right now. And one more weekend like we had August 10 could be the breaking point for many of them,” the alderman said. 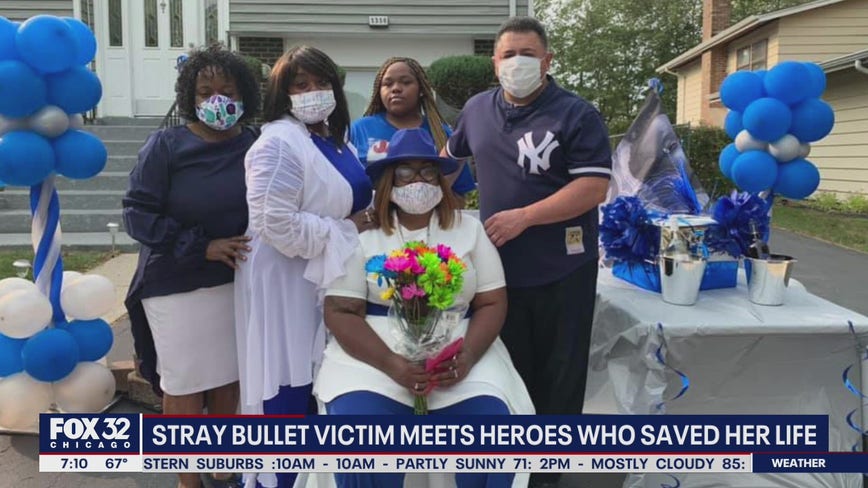