In order to be removed from the city's travel advisory, a state or territory's daily case rate must remain below 15 per 100,000 residents for two consecutive weeks.

Currently, the entire state of Illinois is considered low risk, according to city health officials.

City health officials also announced Tuesday that it will begin updating the weekly travel advisory to designate counties nationwide as either high, medium or low risk in an effort to align with the Centers for Disease Control and Prevention (CDC) guidance.

"Chicago’s Travel Advisory was always meant to be used by Chicagoans as a tool to help make informed decisions about travel based on their individual and local COVID-19 risk," said CDPH Commissioner Allison Arwady, M.D. "As we enter this new phase of the pandemic, it’s important for us to remember that all risk is local – and by aligning with the CDC COVID-19 Community Levels, we’re able to better recommend the prevention steps that align with the specific risk." 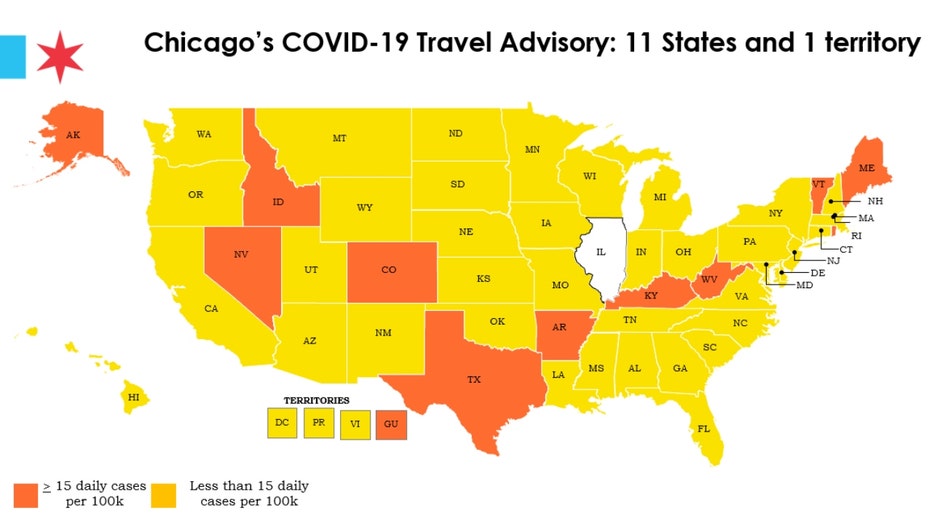 Going forward, the travel advisory will be updated every Friday to align with the release of the CDC's community level data, city health officials said.

Chicago health officials encouraged all travelers to check the map on the CDC's website before traveling to determine the current risk level of their destination.