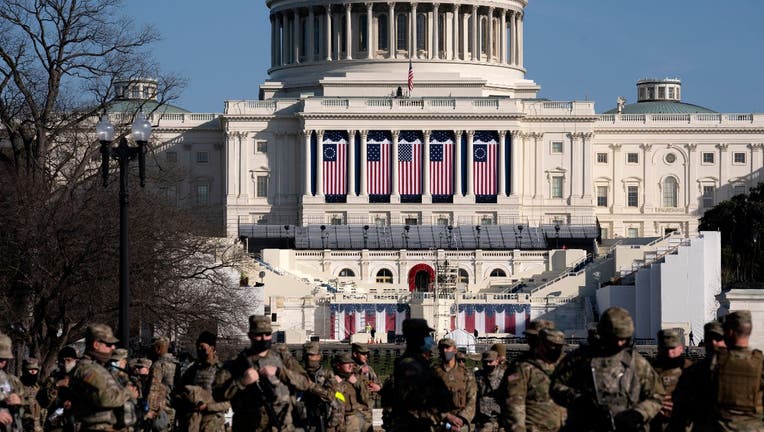 Members of the National Guard stand outside the U.S. Capitol on January 14, 2021 in Washington, DC. Security has been increased throughout Washington following the breach of the U.S. Capitol last Wednesday, and leading up to the Presidential Inaugura (Stefani Reynolds/Getty Images / Getty Images)

Although the city is not aware of any planned activity in Chicago, the center will be used to coordinate any potential response, according to the Office of Emergency Management and Communications.

"We anticipate the City of Chicago will remain peaceful," the agency’s statement said. "However, OEMC is prepared to mobilize assets to ensure the safety of residents, neighborhood commercial corridors and critical businesses, in the event of any incidents."

FBI warns of armed protests planned at all 50 state capitols

G. Michael Verden , founder and CEO of The Lake Forest Group , talks about the security threat that potentially dozens of armed protests pose leading up to the inauguration.

Several police agencies nationwide were preparing for violence following a deadly riot Jan. 6 carried out by people who stormed the U.S. Capitol.

The FBI warned of plans for armed protests in all 50 states ahead of President-elect Joseph Biden’s inauguration Jan. 20.

On Tuesday, a woman drove around police officers and struck a barricade near Trump Tower, police said. Her motivation was unclear.