CHICAGO - A woman was able to reverse her type 2 diabetes and high blood pressure after losing over 100 pounds.

Lisa Dove, 47, from Chicago, has lost 143 pounds since January 2021. Although Dove grew up in a "very fit family," the mom of three said that after her last two kids were born, she started to gain weight.

Dove said the stress of raising a family, health issues in her family and, eventually, the coronavirus pandemic, all led to Dove’s weight gain, which reached 297 pounds.

"I’m a big emotional eater," Dove told Fox News Digital. "I eat when I’m happy, I eat when I’m sad. To celebrate, to cry, you know, all of that."

She added that she "tried everything" to lose weight, but the thing that actually made a difference was seeing the social media page on the WW (formerly Weight Watchers) app. 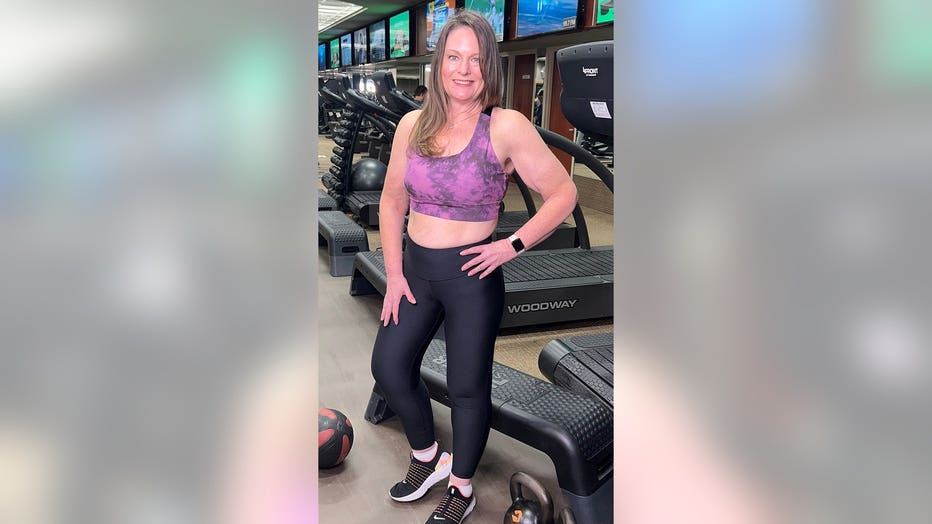 "There’s real people, not like beach body models or Victoria’s Secret models," Dove said of the app. "They’re real people…that’s kind of what kept me going, seeing real people being able to do this."

"That was really the defining moment," Dove later added.

Dove said that at first she started doing WW more intentionally by changing her diet through portion control and by walking regularly. Those changes led her to lose her first 50 pounds, she said.

By June 2021, Dove joined her local gym, Life Time Vernon Hills, and started working with a personal trainer, Stephanie Kandzierski. Dove said she "loved" the gym and joined a variety of classes. 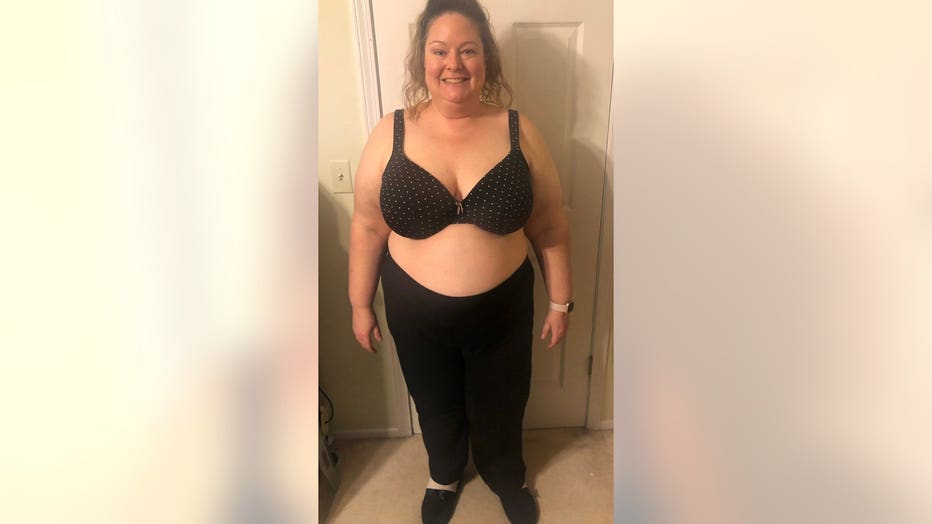 After having three children and the stresses of raising a family and the coronavirus pandemic, Dove had reached 297 pounds in January 2021. (Courtesy of Lisa Dove)

"As I started seeing the results… it kept me going because I was like, ‘OK, I’m starting to see something here,’" Dove said.

Dove said her friends and family helped keep her on track with their positive attention and encouragement.

"Slowly but surely, I was on four medicines and each medicine started falling off," Dove said. "And I had major stomach problems and that went away. I’m feeling good." 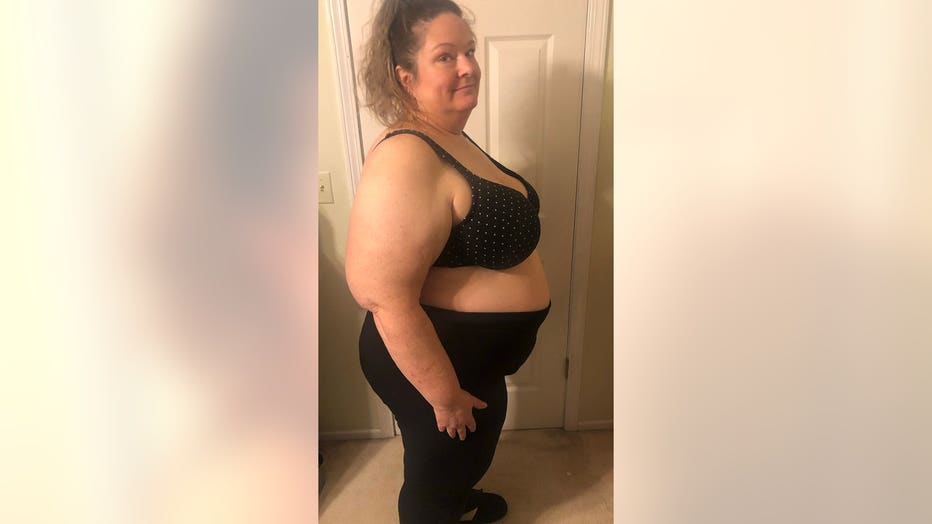 What inspired Dove to start losing weight and commit to a new lifestyle was seeing other people's real-life success stories on social media. (Courtesy of Lisa Dove)

According to Dr. Maryann McLaughlin, a cardiologist at The Mount Sinai Hospital in New York City, even losing just 10 pounds can help someone lower their blood pressure.

"When you have increased fat or adiposity – the term we use in the body – it can cause increased inflammation within the body," McLaughlin told Fox News Digital. "It’s something called oxidative stress, which makes your body have to work a little bit harder, which makes the blood pressure go up."

"Instead of going day by day, month by month, it is literally meal by meal."

"If the weight goes down and the inflammation goes down, then the endothelial function, or the workings of the blood vessel, improves," she added.

As far as type 2 diabetes goes, McLaughlin said the condition can be caused by abdominal fat, also called visceral fat.

"It causes what we call insulin resistance, that your body becomes resistant to the function of your insulin," McLaughlin said. "And if you lose that weight around the pancreas, the actual insulin-producing cells can work more efficiently. And sugar can then be better controlled." 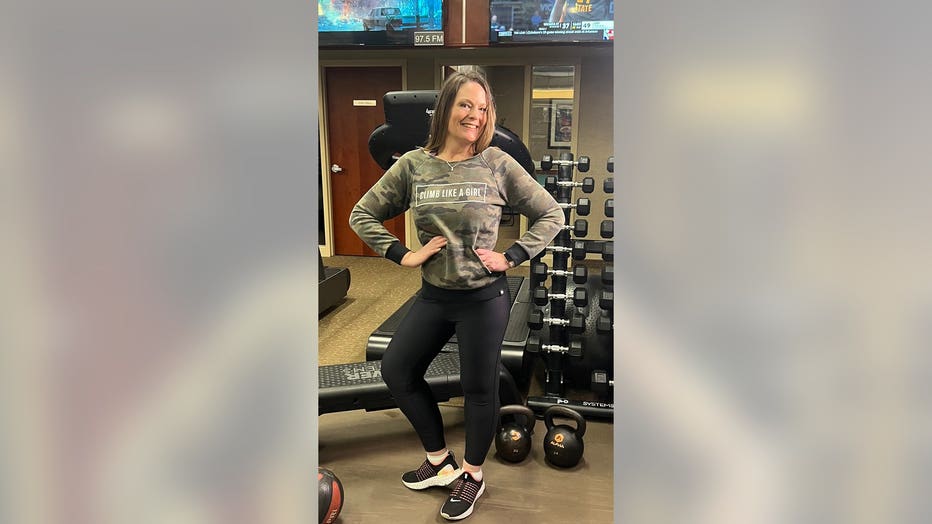 Today, Dove weighs 154 pounds and has even been able to reduce her type 2 diabetes and high blood pressure, both of which she had before she lost weight. (Courtesy of Lisa Dove)

"By exercising, you can increase the muscle cells to use the glucose and insulin more efficiently," McLaughlin said.

She added that diets that are more plant-based with occasional lean meats and fish, have been shown to reduce blood pressure and diabetes, well, because they reduce inflammation.

"Slowly but surely, I was on four medicines and each medicine started falling off. And I had major stomach problems and that went away. I’m feeling good."

More than 37 million Americans have diabetes and among those, 90-95% have type 2 diabetes, according to the U.S. Centers for Disease Control and Prevention (CDC).

For Dove, who now weighs 154 pounds and is still working to lose 20 more, a key to her weight loss success has been giving up "the all-or-nothing attitude."

"Instead of going day by day, month by month, it is literally meal by meal," Dove said.

She said she didn’t cut anything out of her diet, rather she learned how to eat what she wants "in moderation."