Chicago marks 55 years since Blizzard of '67

For Chicagoans of a certain age, Wednesday was the anniversary of the Mother of All Snow-Storms, which hit 55 years ago: The Blizzard of 1967.

CHICAGO - For Chicagoans of a certain age, Wednesday was the anniversary of the Mother of All Snow-Storms, which hit 55 years ago: The Blizzard of 1967.

"There was no traffic down the busiest stretch of Northwest Indiana," said Phil Ponce, longtime host of WTTW's 'Chicago Tonight. "It was amazing."

Ponce remembers riding in a Chevy Corvair on Indianapolis Boulevard in East Chicago, Indiana the night of January 26th, 1967. It was still early in the blizzard, but the car got stuck.

"We got stuck on a corner by a tavern. These four guys came out, well into their drinks, thought nothing of it, they picked up the Corvair and sent us on our way. We did not get very far," Ponce said.

An estimated 50,000 other cars were abandoned in the streets of Chicago, along with some 800 city buses – unable to move in the 23-inch walloping, which was blamed for as many as 60 deaths. 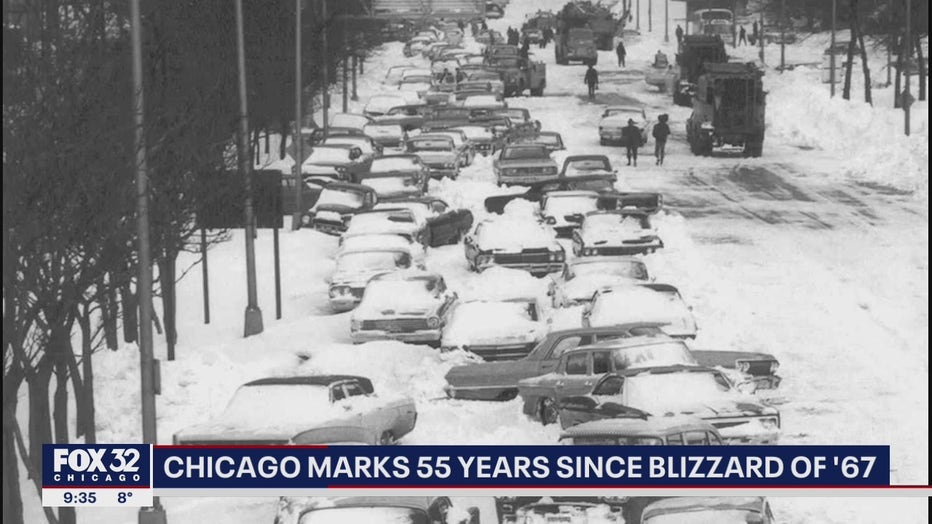 Chris Pacelli, owner of Al's #1 Italian Beef, was 19-years-old when the blizzard hit.

"Couldn't go grocery shopping, couldn't do nothing," he said. "Whatever trucks were broken down and couldn't get out of the snow, people were going in there and taking food out of them."

Pacelli has a vivid memory of seven men stealing a pool table out of an abandoned Marshall Field's truck in Little Italy.

"They went in there and they took a pool table that was going to be delivered to somebody," he said. "And they were walking down the street with it."