TURLOCK, Calif. - A father is counting every single one of his blessings, after his newborn son was ejected from the family's SUV, in a rollover crash in Turlock. Miraculously, the infant was found on the side of the roadway, on top of a bush, largely unharmed and still strapped to his child car seat. 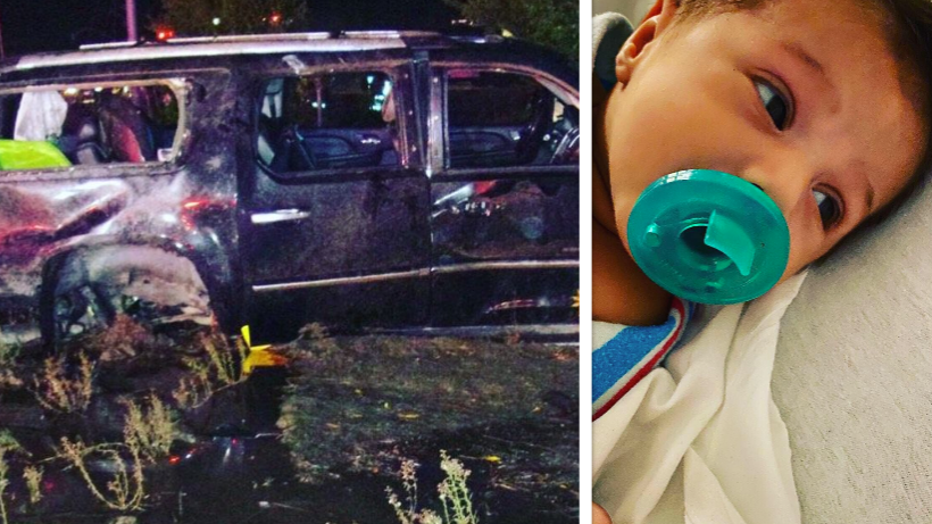 The accident happened on Sunday at about 7:30 p.m. on southbound Highway 99, near West Main Avenue.

The baby's father, 29-year-old Ulizes Benitez, was behind the wheel of a 2007 Cadillac Escalade along with his 2-year-old son, and his wife, when the California Highway Patrol said that for some reason the vehicle veered sharply to the right, causing the SUV to cross a lane and roll over down an embankment.

"I know God sent down an angel to watch over me and my family," Benitez told KTVU. "It was a horrible accident."

The dad said that he instantly threw himself out of the vehicle through a broken window and tended to his family, as his wife made her way out of the SUV, too.

"I looked at my oldest. He was in his car seat. He was crying scared but looked fine," the dad recalled. But the next thing that happened was an unimaginable discovery. "...when we looked for our newborn baby boy we didn't see him," Benitez said. "I felt like my world was ending. I looked and looked for my boy but could not find him."

He said the horror unfolded as he and his wife frantically searched for their baby with no luck. "I remember just hearing my wife screaming over and over again. She kept collapsing but would get back up to look for our boy," the dad recalled.

He also remembered going over in his head how long it had taken the couple to get pregnant and start a family. "I was thinking to myself as I kept praying and as I kept hope, God would not let this happen. He took forever to give me my boys and I knew he wouldn't take them away from me just like that."

Then help arrived. And what they witnessed next was nothing short of a miracle. With the assistance of emergency personnel, the baby was located. "There he was, on top of a bush," Benitez said. "The car seat - not one bit of dirt on it, like he landed perfectly and clean, no scratches... he was awake had not a single scratch on him," he said in disbelief.

"I know God sent down an angel to watch over me and my family."

The CHP said neither drugs or alcohol was a factor in the crash. Investigators also noted that the base of the infant’s car seat was not secured properly.

“This child is very fortunate,” CHP officer Thomas Olsen told the Modesto Bee. “This is an unusual and rare circumstance where the child is ejected from the vehicle and appears to be unharmed.” Officers said the case served as a reminder for parents to get their children's car seats checked to make sure they are correctly installed.

As for the family, both parents and children were transported to hospitals for further evaluation. "They told us we were very fortunate, lucky, blessed to have all survived an accident of that magnitude," Benitez said.

He said his wife suffered a few small fractures to her ribs, pelvis, and tailbone, but is otherwise doing okay. His 2-year-old, Elijah, had a fracture to his elbow, but did not need surgery, and doctors told him, their miracle baby, Ezra, had minor bruising on his brain, but would be fine. 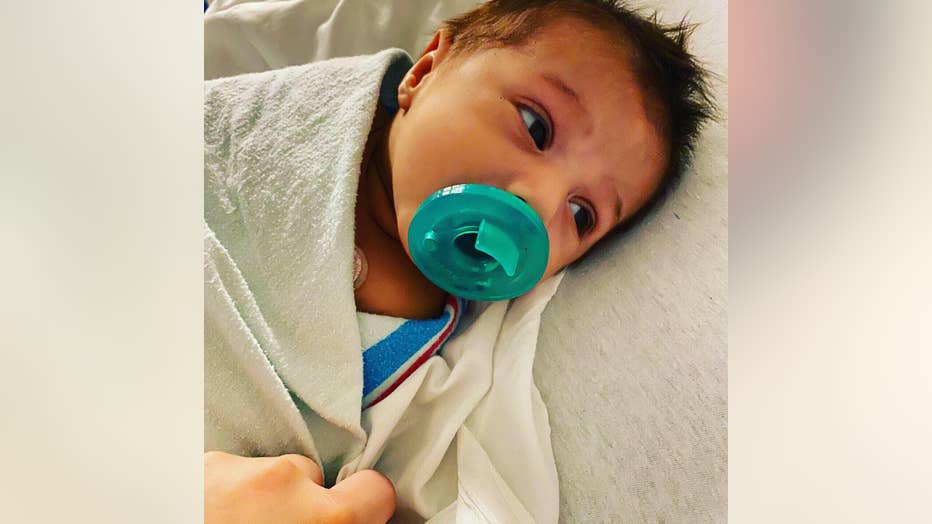 Benitez is overwhelmed with gratitude toward the doctors and emergency responders who took care of his family.

"If there is something I have to say about this year is that I am beyond blessed and thankful," he said, adding, "I just wanted to let people know God is good. He sent down a guardian angel to cover over us."