Cicero firefighter suffers burns after falling through floor into basement

A Cicero firefighter suffered burns after falling through the floor of a house fire Friday morning in the western suburb.

While entering, the firefighter, Pat Phillips, fell through the first floor of the home to the basement.

He was taken to Loyola Hospital and also suffered burns to his face and wrists. He is said to be talking, and is expected to make a full recovery.

Cicero fire officials worked to extinguish the flames, which burned through the house from the basement up the walls, to the attic.

Three other firefighters were treated for minor burns from the rescue. No other injuries were reported.

"Once again we see how a fire is both a danger to residents and a danger to the firefighters who respond to the fires and our emergencies," Cicero President Larry Dominick said in a statement. "We wish Firefighter Patrick Phillips a swift recovery." 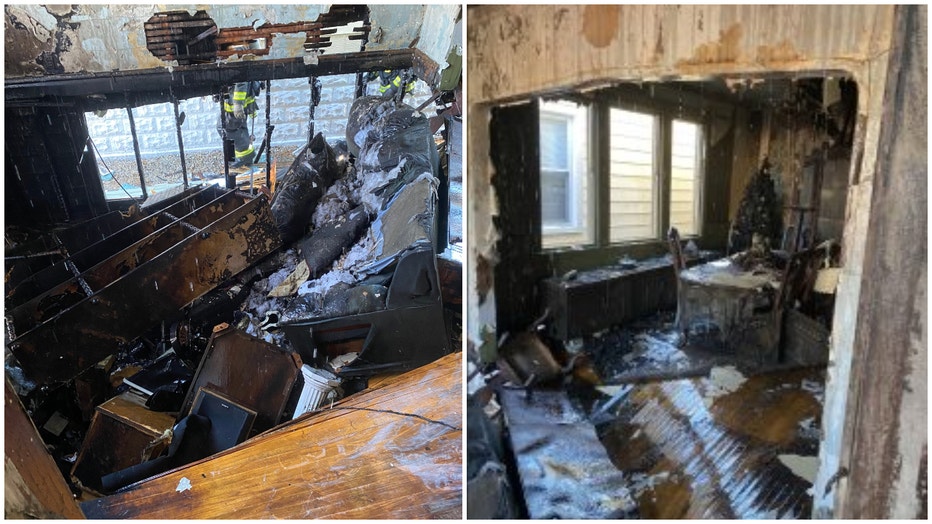