A 20-year-old man has been charged with fatally shooting two people on Interstate 55 in Chicago last year.

CHICAGO - A 20-year-old man has been charged with fatally shooting two people on Interstate 55 in Chicago last year.

At about 11:38 p.m. on Sept. 28, 2021, Illinois State Police District Chicago troopers responded to an expressway shooting on I-55 southbound near Wentworth Avenue.

The victim's vehicle was located by troopers with multiple gunshot defects.

During an investigation, ISP collaborated with the Cicero Police Department and determined that Guzman was the suspected shooter. 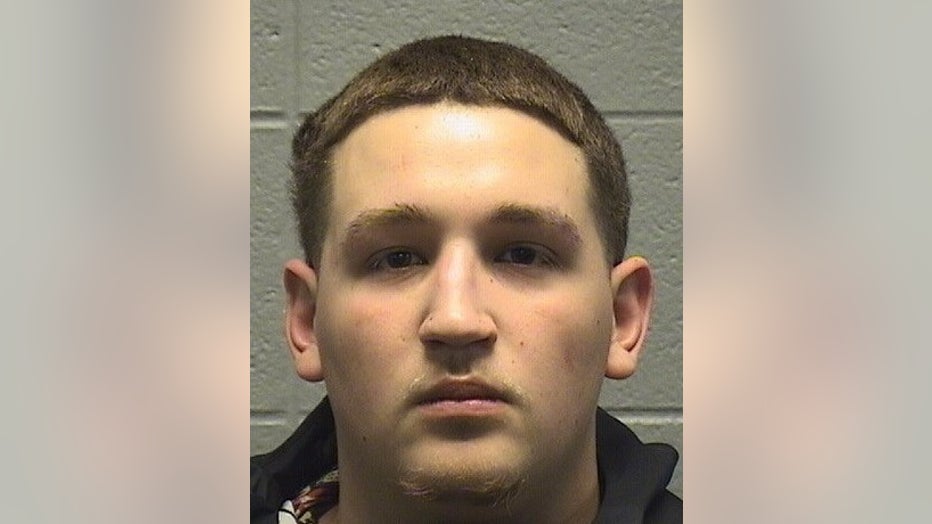 "Partnerships such as these help us to continue to combat these violent crimes throughout our communities and the state of Illinois," stated ISP DCI Major Matthew Gainer. "We would like to thank the Cicero Police Department and all the courageous men and women in law enforcement who put their lives at risk daily, to provide safety and protection for us all."

On Oct. 24, 2021, Guzman, who was accompanied by a 17-year-old accomplice, both known street gang members, allegedly drove in the area of Cicero and Chicago's Little Village neighborhood seeking rival gang members while armed with multiple firearms.

The two drove to the 2800 block of 50th court and shot a man, Joshua Gonzalez, 26, multiple times without provocation, police said.

Both Guzman and the juvenile were charged with first degree murder in the killing of Gonzalez, Cicero police said.

The 17-year-old has been charged as an adult.

Guzman was issued no bond Thursday and is being held at Cook County Jail.

Investigators used license plate readers to track down the suspect.

"This is a classic example of what the license plate technology can do for law enforcement. It provides us with a place to start with interstate violence cases. We don't have traditional means of canvassing," said Matthew Gainer of Illinois State Police.

State Representative Thaddeus Jones pushed for the Tamara Clayton Expressway Act. The postal worked was shot and killed while driving on I-57 in 2019 and there was no video to show what happened.

"The message it sends to the criminals: don't shoot on our expressways," Jones said.

Ninety-nine license plate readers cover the Dan Ryan and 56 are being installed on interstates 90, 290, 55 and 57 by mid-May – and even more after that.

"Cameras will go up in downstate Illinois, an additional 300 we have planned for our area will go in Cook County," Jones said.