A detainee at Cook County Jail attacked three jail guards Tuesday — seriously injuring one — while stealing a guard’s keys to let out other detainees in the maximum security block.

According to the Cook County State’s Attorney’s Office, a grand jury on Tuesday handed up indictments against Dante Jeffries and Sharelle Sims for their role in what appeared on surveillance video to be a brutal attack that left two of the correctional officers unconscious and sent the third one to the hospital with serious injuries.

Jeffries and Sims are also charged with aggravated battery, aggravated kidnapping and possession of contraband. They are scheduled to be arraigned on May 5, the state’s attorney’s office said.

The attack occurred shortly before 4 a.m. on April 14 at the Chicago jail, where the coronavirus has killed six inmates and an officer. After an officer let Jeffries out of his cell to get water, Jeffries attacked the officer from behind and forced him into his cell, according the sheriff’s office, which released a video of the attack. When the officer managed to escape the cell, Jeffries knocked him down and choked him until he lost consciousness. 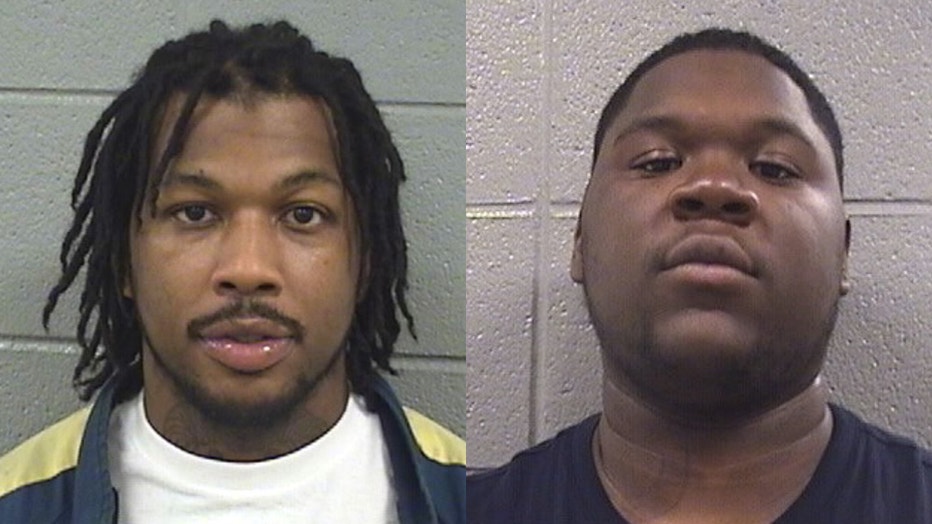 Jeffries then allegedly grabbed the officer’s keys and gave them to Sims, his cellmate, who began opening other cell doors. As another officer tried to help his unconscious co-worker, Jeffries struck a third officer in the face, knocking him unconscious. He then attacked the second officer.

A sergeant armed with a stun gun arrived and ordered Jeffries and Sims, back into their cell.

Jeffries, 30, has been in custody since July 2017 on a host of charges, including attempted murder, aggravated battery of a police officer and aggravated kidnapping. Those charges stem from a robbery at a Chicago cellphone store. The robbers shot a police officer at the scene, shattering the officer’s knee. Jeffries has previous convictions for aggravated unlawful use of a weapon, domestic violence and drug possession.

Sims, 23, has been in custody since last August, charged with being an armed habitual criminal and with the unlawful possession of a firearm with a defaced serial number. He has prior convictions for armed robbery and aggravated unlawful use of a weapon.