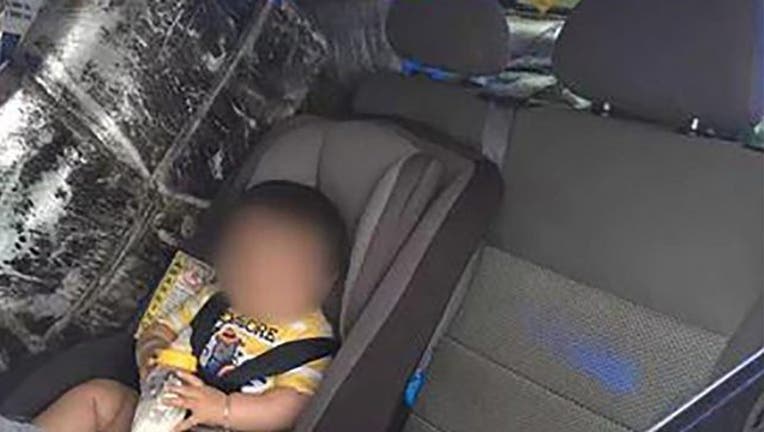 Agents found the baby next to 275 pounds of pot. (U.S. Customs and Border Protection)

FOX NEWS - Texas Border Patrol officials said they discovered a baby in a car seat next to 275 pounds of marijuana after they pulled a vehicle over last Friday, a report said.

A witness called Border Patrol Friday after allegedly seeing the suspects’ vehicle being loaded with what looked like drugs.

Agents released the baby into the custody of a relative and confiscated the five bundles (totaling 275.36 pounds) of marijuana, Dallas Morning News reported.