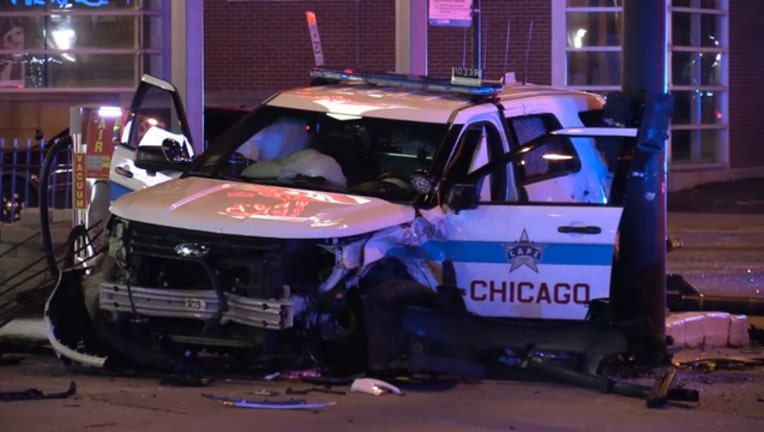 Two Chicago Police officers were injured in a crash at Rosevelt and Ashland while pursuing a vehicle fleeing a traffic stop Tuesday night. | Network Video Productions

About 11:45 p.m., the officers stopped a silver SUV for a traffic violation in the 4200 block of West Cullerton, but the vehicle sped away and the officers pursued, according to police.

The officers’ squad car then crashed into a Nissan Sentra in the intersection of South Ashland Avenue and West Roosevelt Road, police said. The two officers were taken to the hospital with injuries that were not thought to be life-threatening. Two males in the Nissan refused medical attention.