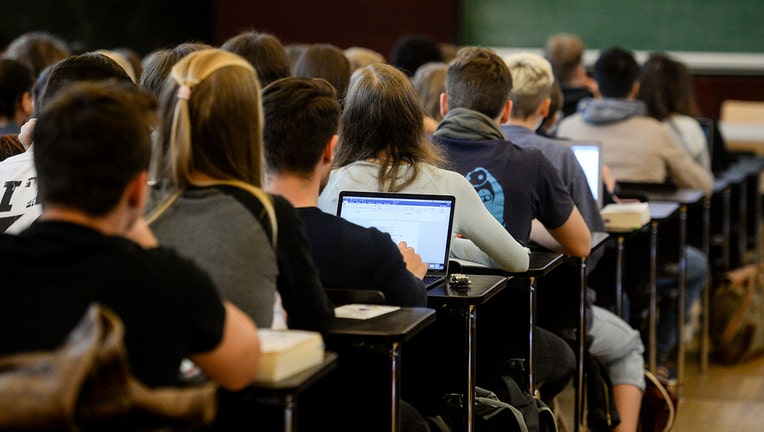 FILE - students sit in a lecture hall during a lecture. ( Photo by Patrick Seeger/picture alliance via Getty Images )

CHICAGO - Chicago Public Schools will distribute 100,000 electronic devices for students to use at home as the district implements a remote learning plan, officials announced Monday.

Illinois schools were shut down at mid-March to stop the spread of COVID-19. Chicago Mayor Lori Lightfoot said the public schools’ plan to keep children learning at home include non-digital instruction because the lack of internet access in some homes can’t be remedied quickly.

About 65,000 laptops, Chrome books and iPads already being used in schools will be distributed to families who need them the most. The school district is in the process of buying another 37,000 new devices to distribute. District officials said they didn’t know how many of approximately 335,000 students will still be without computers.

Chicago schools chief executive Dr. Janice Jackson said the district plans to implement remote learning beginning April 13 and families can expect to hear from their schools by April 6. Officials did not say if electronic devices will reach families by the time the remote learning plan begins.