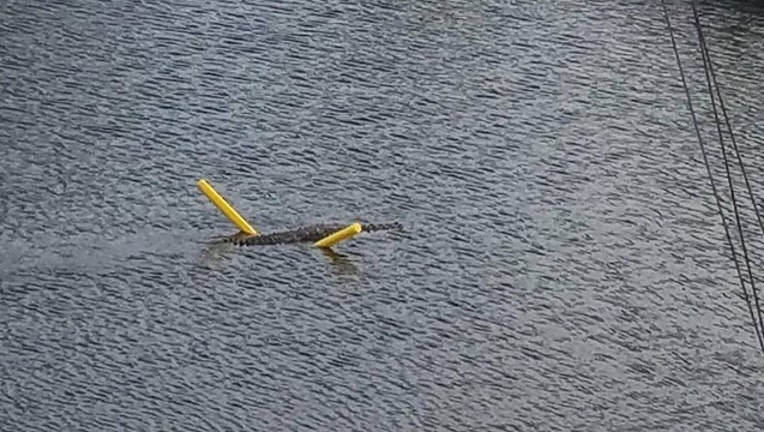 Victor Perez snapped the photo of a crocodile floating along on a pool noodle in Key Largo earlier this month.

He captioned the photo, "Crock on a float."

"We see crocs from time to time in our canal but never ever one on a noodle..." Perez told FOX 13. "He could have been from up north on vacation just chilling."

The National Weather Service in Key West shared the photo saying, "Yes, that is a crocodile on a noodle. Even they know to 'Play It Safe' when heading into the water!"

While alligators are far more common in Florida, a breed of crocs called the American crocodile is found in South Florida and even as far north as Tampa.