The Chicago Transit Authority will roll out several of its modern train cars in vintage paint schemes starting Wednesday to commemorate 75 years of service to the city.

CHICAGO - The Chicago Transit Authority will roll out several of its modern train cars in vintage paint schemes starting Wednesday to commemorate 75 years of service to the city.

Leading up to the agency's Diamond Jubilee later this year, the CTA said passengers will have the opportunity to take a step back in time and ride trains wrapped in designs resembling railcars that operated in the city from the 1950s to the 1980s.

Red Line riders will see a green, cream and orange-colored paint scheme from the 1950s, which many older residents will remember as the "classic" Chicago 'L' train design, the CTA said in a news release.

A mint green and alpine white look, which was popular on much of the CTA's 'L' fleet from the mid-1960s through the 1980s, will feature on other rail lines over the coming weeks, the agency said. The design was seen on many TV shows and movies filmed in Chicago during the period.

Officials said other fun activities are planned when the CTA celebrates its Diamond Jubilee in Daley Plaza on Oct. 1.

The public will have the opportunity to ride around the Loop on one of the CTA's actual Heritage Fleet of vintage trains and buses, officials said. 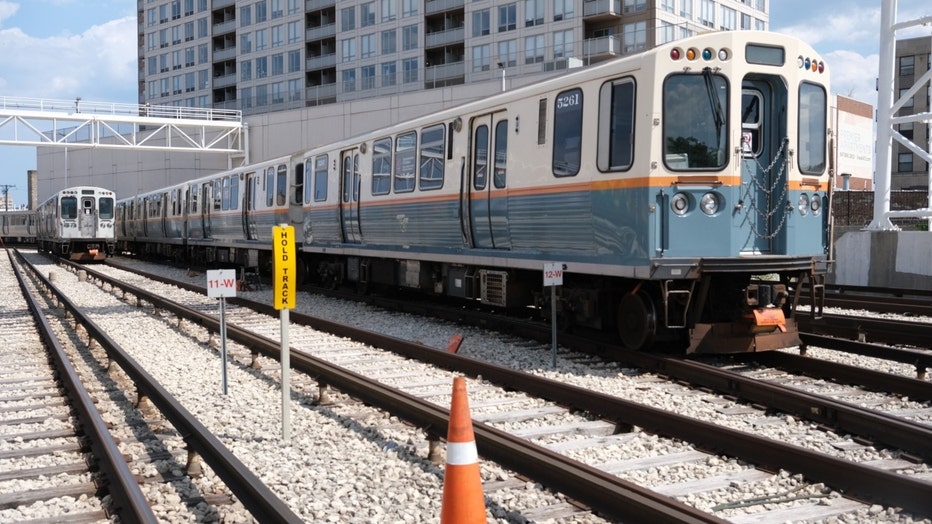 "For 75 years, our dedicated, hard-working employees have kept CTA on track in providing the most equitable, accessible and affordable public transportation in the country," said CTA President Dorval R. Carter, Jr. "This is a milestone worth celebrating, and we have both entertaining and engaging anniversary activities planned for our customers."