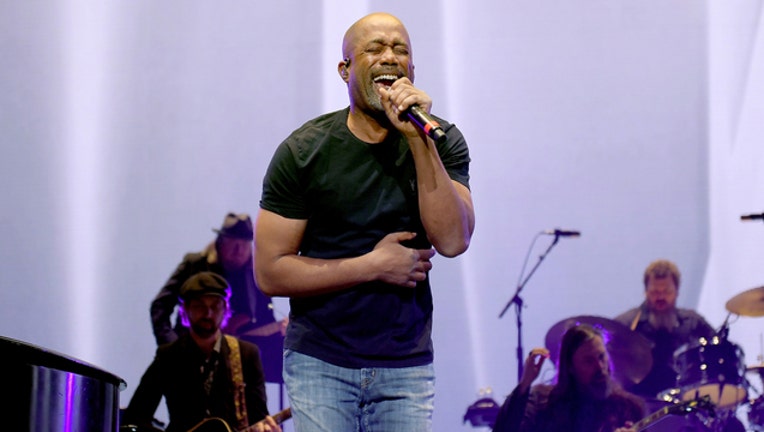 Darius Rucker rocked an IHOP restaurant "like a wagon wheel" when he covered all the diners’ bills and left a big tip for the staff.

Rucker, the former Hootie and the Blowfish singer who has gone on to enjoy a successful career as a solo artist, treated everyone at his local IHOP on Sunday morning in Mount Pleasant, WCSC reported.

The Grammy winner approached Stephen Vitale, the general manager, after his own meal and asked about paying the tabs for everyone else who was eating breakfast in the restaurant, according to the report.

Owner of Takorea Cocina buys up food from street vendors, gives back to homeless

The owner of Takorea Cocina is buying tamales from vendors to give back to the homeless.

"It was a full restaurant," Vitale said. "There were a lot of people."

Still, Rucker picked up the bill for the whole place and left a "very generous" tip on top for all the servers to share, according to the report, though Vitale wouldn't disclose just how much.

"It caused a lot of excitement," Vitale said of the surprise.

Rucker is a local. He was born in Charleston and lives in the area today. The singer even references South Carolina in his latest single, "Beers and Sunshine."

Still, most of the IHOP customers didn't recognize the celebrity under his face mask, the outlet reported. Employees of the breakfast restaurant, however, know him as a regular. Vitale told the station that those who did recognize Rucker thanked him.

"It was a good morning at IHOP," he declared.