FOX 32 Chicago talks with Barstool Sports founder David Portnoy about how he's helped raise millions to assist small businesses that are struggling during the coronavirus pandemic.

Dave Portnoy might be throwing his support behind Connecticut’s quest to declare pizza as its official state food.

Portnoy, the founder of Barstool Sports and a well-known pizza aficionado, claimed on Tuesday that New Haven is the "pizza capital" of America, much to the annoyance of Twitter followers from pretty much any neighboring state.

"Let me settle this once and for all," tweeted Portnoy. "The pizza capital of the United States is New Haven CT. Anybody who says otherwise is wrong."

Portnoy’s comments come amid reports of lawmakers in Connecticut introducing a bill to name pizza as the Nutmeg State’s official food.

"For one thing, our pizza is great," said Connecticut State Rep. Patricia Dillon, one of two New Haven-based politicians who introduced the bill, to the Hartford Courant. "For another, when you go to some states, you can get pizza in chain restaurants, but the pizza in Connecticut tends to be family-founding, family-owned, they have their own identity, their own following and they’re small businesses that really have a big footprint in their communities." 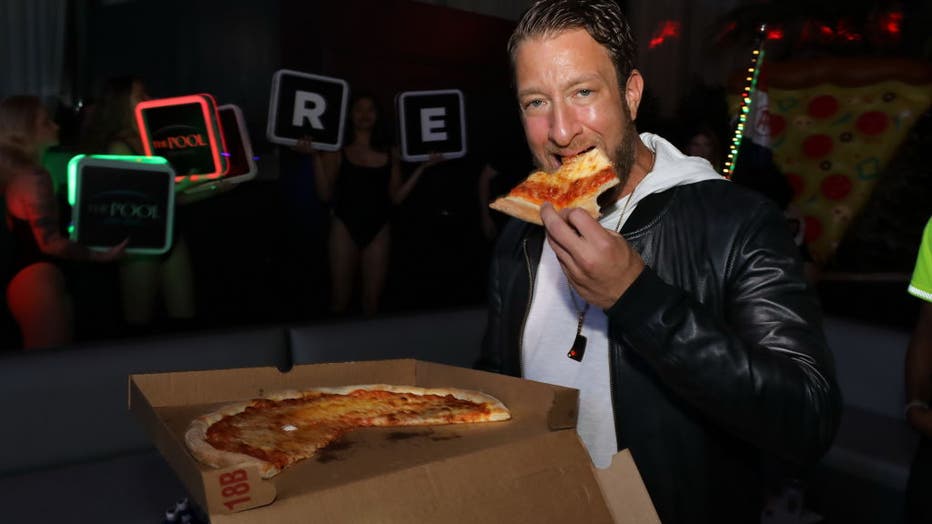 David Portnoy of Barstool Sports hosts The Pool After Dark at Harrah's Resort on Saturday May 11, 2019 in Atlantic City, New Jersey.

Connecticut’s claim of having the best pizza has since caused controversy among folks in neighboring states, including a restaurant consultant who told Fox News that "New York is the pizza capital," and New Jersey Gov. Phil Murphy, whose office claimed New Jersey to be "the pizza capital." New Jersey’s official Twitter account even replied to news of Connecticut’s efforts with a simple "no."

That’s not to say Connecticut’s pizza — and specifically New Haven’s — doesn’t have its supporters. New Haven pizzerias routinely rank among the best in lists compiled by the Travel Channel and Food Network, as well as sites including TripAdvisor, The Daily Meal and Thrillist.

Portnoy most recent comments on New Haven pizza, however, have stirred up controversy on Twitter, with fans arguing among themselves in the comments.

Portnoy has yet to issue any further Twitter comment on the debate currently raging in his Twitter comments, but likely for good reason: Recently, Portnoy established the Barstool Fund to help save struggling restaurants and small businesses affected the coronavirus pandemic.

As of Wednesday, the Barstool Fund had raised more than $35 million.