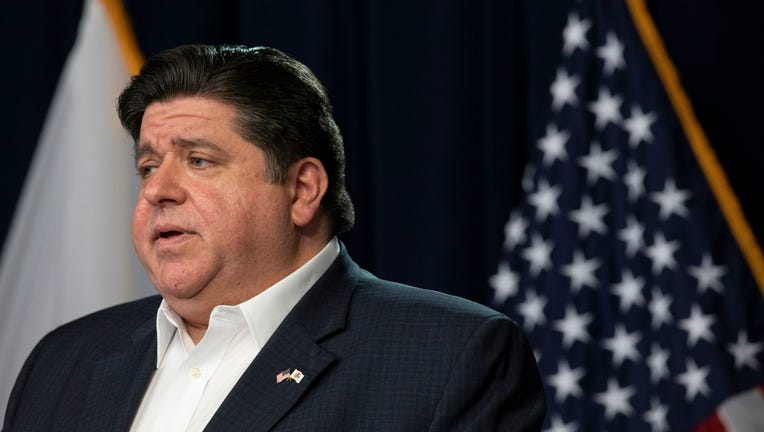 RICHMOND, Va. - Democratic governors on Wednesday called on their Republican counterparts to join them in opposing President Donald Trump’s threatened deployment of the U.S. military to quell bouts of violence that have arisen from protests over the death of George Floyd.

Several Democratic governors said the president is overstepping his authority and urged their colleagues to issue a bipartisan statement through the National Governors Association saying they oppose the president’s potential use of the Insurrection Act of 1807 to contain protests if governors were not able to get a handle on the unrest.

“It doesn’t matter what party you belong to; it’s an attack on states,” Illinois Gov. J.B. Pritzker, a Democrat, said on a conference call, the audio of which was obtained by The Associated Press.

Trump derided many governors as “weak” on Monday and threatened to deploy active duty military across the country as thousands protested the killing of black men by police. Floyd died after being pinned to the ground by a white officer in Minneapolis who kept his knee on Floyd’s neck despite pleas that he couldn’t breathe.

Legal experts say the president does indeed have the authority under the Insurrection Act of 1807 to dispatch the military in states that are unable to put down an insurrection or are defying federal law.

Presidents have sent the military to Southern states to ensure desegregation of schools and to protect civil rights in the 1950s and 1960s. Troops were sent to Los Angeles after the California governor sought federal help during the 1992 riots that followed the acquittal of the white officers who were videotaped beating Rodney King.

On Wednesday’s call, Washington Gov. Jay Inslee said it was the governors’ role to handle the protests in their state and it was “very disturbing” that Trump was “so distrustful” of so many state leaders. He urged governors to support a statement from the NGA saying Trump’s threatened use of military force could do more to inflame problems than to help states.

Minnesota Gov. Tim Walz said Trump’s threats were a clear “federal overreach.” He said the state’s National Guard troops are meant for these types of situations, and urged unity among all 50 governors.

“This should not even be an issue, and if we all push back it won’t be,” Walz said.

“It won’t happen, it’s not gonna happen and we would reject that. We would push back against that,” the Democrat said while visiting black-owned businesses in Los Angeles.

He praised U.S. Secretary of Defense Mark Esper for breaking with Trump in saying federal troops should not be sent into states. “It’s just another zig and a zag deflection from an administration that’s on the ropes,” Newsom said.

White House officials indicated even before Esper’s comments that Trump was backing away from invoking the Insurrection Act. At the same time, the president was taking credit for the deployment of federal and other law enforcement officers to the nation’s capital, saying it offered a model to states on how to stop violence accompanying some protests nationwide.

Hogan said he has spoken publicly against the use of military forces being deployed but cast doubt on whether there would be broad consensus from governors to rebuke Trump.