"It’s not fair what happened to her, she was just doing her job defending her family," says Alfredo Perez.

He’s talking about his Bullmastiff rescue named "Princess," who was shot twice by a Los Angeles County deputy. It happened during a search warrant that was being served at a property behind Alfredo’s home in Rosamond on Tuesday morning.

While most of the deputies were at the right home, one deputy came around the back and entered the Perez family's property, despite a closed gate and warnings from the neighbors.

Princess was shot twice, once in the neck and another at one of her paws. 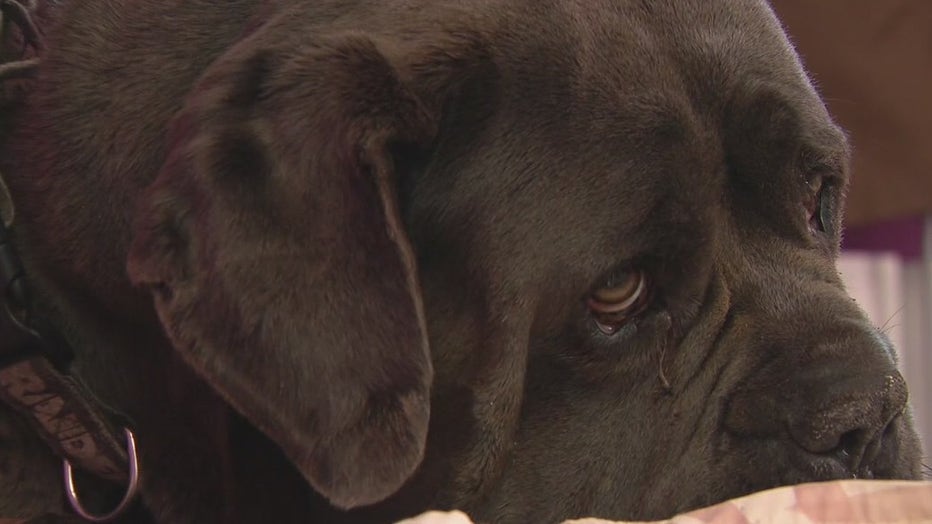 "During a search warrant, a large dog (Bull Mastiff) rushed towards deputy personnel. Fearing they would be attacked, a deputy fired 2 rounds from his weapon. The dog was stuck by the gunshots and was alive in the yard. Animal Control was notified of the incident and the dog was later transported to a veterinarian by a neighbor."

Alfredo was told Princess needs surgery but the cost of care rings up to $20,000.

He says, "Who has that kind of cash, you know? We were debating, should we put her to sleep, but we just couldn't put down. We couldn't bring ourselves to do it."

Princess is currently in a lot of pain and is struggling to eat. The Perez’ are hoping to raise enough money for the surgery through a GoFundme page. Those interested in helping the family can click here.