In Chicago, more than 100 demonstrators took to the streets Wednesday demanding the military get out of the Middle East altogether.&nbsp;

CHICAGO - In Chicago, more than 100 demonstrators took to the streets Wednesday demanding the military get out of the Middle East altogether.

Many of them say they are fearful we are on the brink of war.

“The people of this country should not go quietly into another war in the Middle East that could very easily spiral out of control and have disastrous consequences for the entire world,” said Patrick McWilliams, Answer Chicago.

People from groups like Refuse Fascism and Revolution showed up across the river from Trump Tower.

Demonstrators say the United States started a war when President Trump made the decision to kill a top Iranian general last week.

McWilliams says he's pleased the president did not mention any more U.S. military maneuvers against Iran when he spoke to the nation. 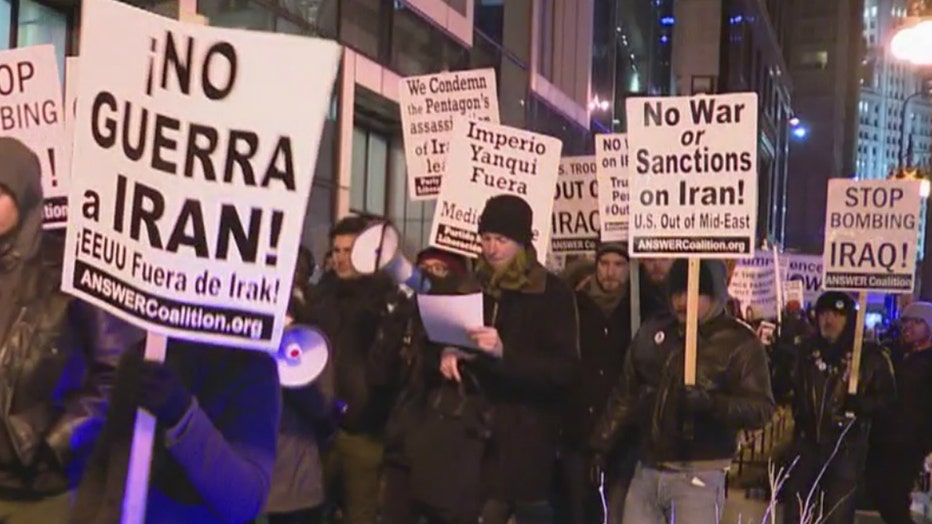 “At the same time he announced crimpling new sanctions on Iran, an act of war,” said McWilliams.

McWilliams says these sanctions will hurt the innocent Iranian citizens more than anything denying them access to food and medicine.

This group says they are against any military action in the Middle East and want troops out of the region.

These groups are planning another rally on Saturday at 5:30 p.m.