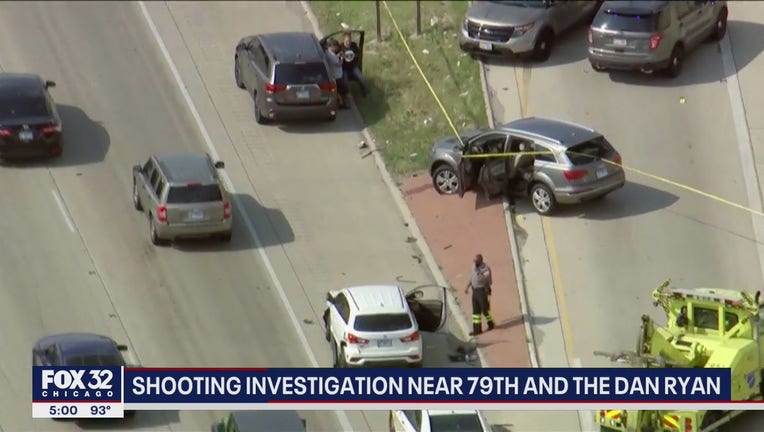 CHICAGO - A man was shot while driving Thursday in Rosemoor on the South Side.

The 29-year-old was traveling about 3 p.m. in the 100 block of East 99th Street when he heard shots and felt pain, Chicago police said.

He merged onto the Dan Ryan Expressway and crashed near 79th Street, police said. He was taken to the University of Chicago Medical Center with gunshots wounds to the thigh, arm and upper back. His condition was stabilized.

Ramps on the Dan Ryan at 79th and 71st streets were closed for the investigation, Illinois State Police said.

Red Line trains were not stopping at the 79th Street station, according to an alert from the CTA.