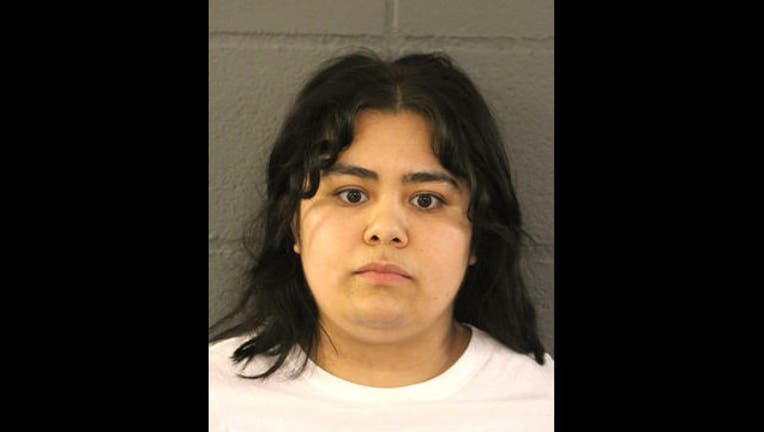 FRANKLIN PARK (Sun-Times Media Wire) - A woman is accused of leaving the scene of a January crash that killed a pedestrian and injured another near west suburban Franklin Park.

Karla Navarrete Lemus, 23, of Ravenswood on the North Side, was charged Tuesday with two counts of leaving the scene of an accident, the Cook County sheriff’s office said in a statement.

She was allegedly on her cellphone Jan. 21 when she struck two pedestrians in the 2400 block of Mannheim Road, the sheriff’s office said.

Troy Mitchell, 37, of Stone Park, died of his injuries at Loyola University Medical Center in Maywood, the Cook County medical examiner’s office said. A 56-year-old man was treated for injuries.

Investigators later identified Navarrete Lemus as the driver of the 2012 Nissan from the crash, the sheriff’s office said. Detectives recovered Mitchell’s DNA from the car’s exterior.

Judge Geary W. Kull set her bail at $10,000 during a hearing Wednesday at the Maywood Courthouse, according to Cook County court records. Her next court date was set for June 6.