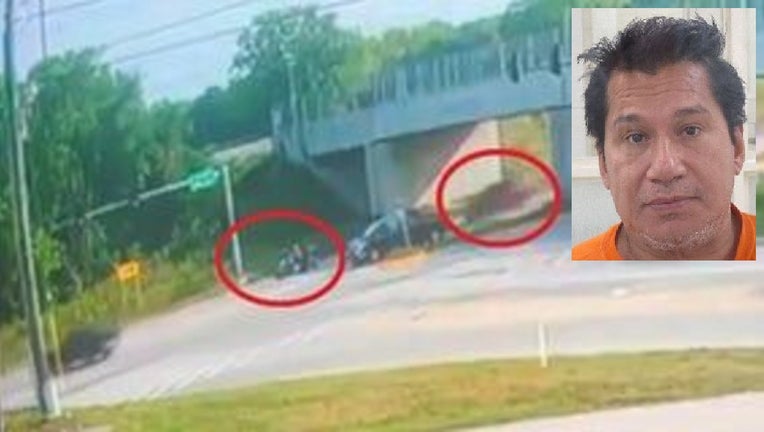 ST. CHARLES, Illinois - A man has been charged in a suburban hit and run crash that left a motorcyclist seriously injured.

Detectives found surveillance video, which was shared with the public. Two days later, a witness came forward to identify Campuzano as the possible driver.

Detectives said that Campuzano admitted to striking the motorcycle and said he did not stop because he doesn't have a valid driver's license.

Campuzano is charged with felony failure to report an injury accident, felony aggravated reckless driving and felony driving while license is suspended.

The 2020 Harley Davidson 3 wheel motorcycle was stopped at a red light when the SUV approached from behind while speeding and struck the motorcyclist. The SUV then fled north on Rt. 25, police said.

The driver of the motorcycle, a 72-year-old resident of St. Charles, was transported to a hospital in Elgin with potential life threatening injuries, according to police.