Duckworth in the running for Biden’s VP pick

Joe Biden is indicating he may wait another week or two to pick his running mate, which means the women vying for the vice-presidential nomination will face more scrutiny, including Illinois Senator Tammy Duckworth.

CHICAGO - He had talked of announcing his running mate this week.

Now, Democrat Joe Biden is indicating he may wait another week or two, which means the women vying for the vice-presidential nomination will face more scrutiny, including Illinois Senator Tammy Duckworth.

For Senator Kamala Harris, being seen as a frontrunner for the VP nomination prompted an unnamed Democratic insider to call her "too ambitious." For Congresswoman Karen Bass, it surfaced video of her once praising the controversial church of Scientology and lamenting the death of dictator Fidel Castro as a, "loss for Cuba," a statement she now regrets, not least because of all the anti-Castro voters in swing state Florida.

"I absolutely would have not put that statement out, and I will tell you that after talking to my colleagues, who represent the state of Florida, raised those concerns with me. Lesson learned. Would not do that again for sure," Bass said.

While Biden, who has promised to pick a female running mate, faces pressure to choose an African-American, his reported short list also includes Senator Duckworth, who is campaigning as a team player.

“Well, I think any one of the women whose names have been mentioned to be -- are being considered -- are fabulous women and well prepared to step up and do the job of vice president, or step up and take over as president if needed," Duckworth said.

Like Harris, Duckworth is seen as less of a political leftist than other contenders in the running. Here's what she told Fox News about protesters.

“I absolutely condemn the violent protesters, that is wrong. I fully support the rights of people to express their First Amendment right peacefully. It's why I spent 23 years in the military,” she said. 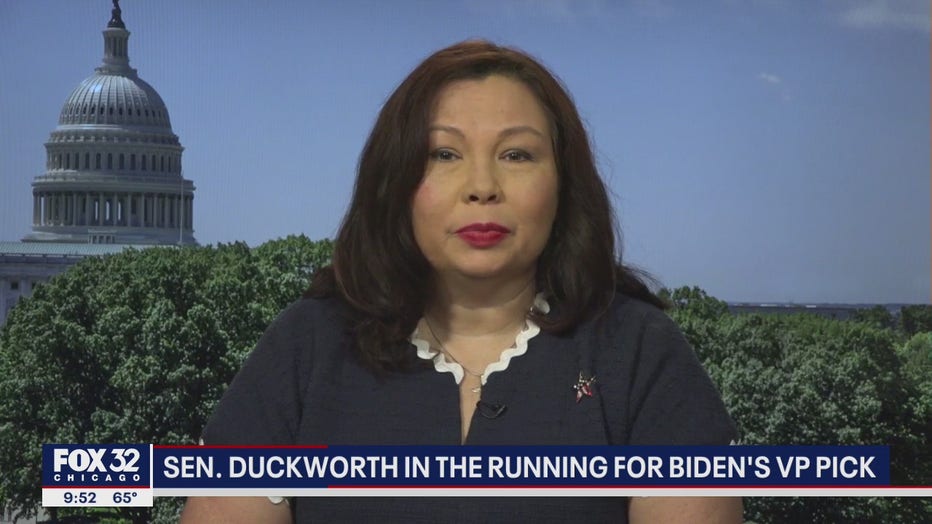 That military career, as well as previous campaigns for the House and Senate, mean Duckworth has already been scrutinized and may have fewer surprises in her background than some other VP contenders.