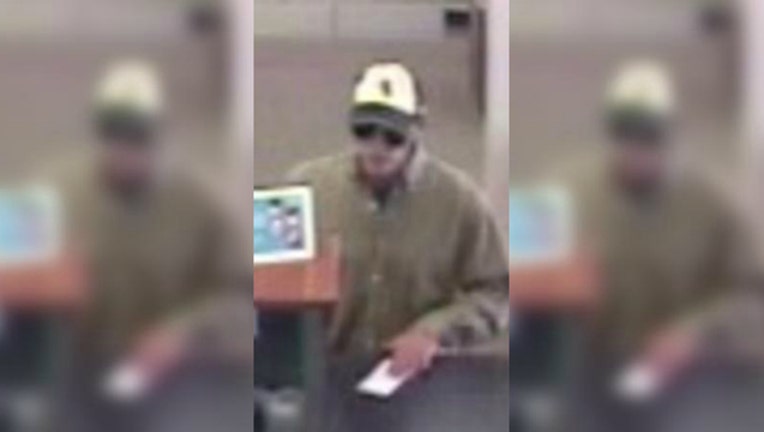 CHICAGO (Sun-Times Media Wire) - Police are talking with a person of interest who investigators believe might have more information about a bank robbery Wednesday morning in the west suburbs, according to Elmhurst police.

Investigators have also found a vehicle they believe might have been involved in the robbery, police said.

A man walked into Inland Bank, 539 S. Spring Road in Elmhurst, and presented a note to a teller and demanded money, according to police.

The man was described as white, 5-foot-10 and about 130 pounds. He was wearing a blue jacket, black pants and a hat, police said. After leaving the bank, the man fled eastbound on foot toward Montrose.