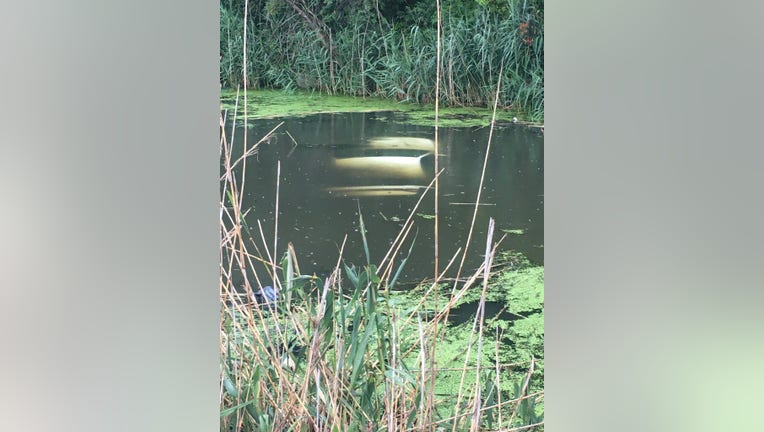 CHICAGO - Rescue crews responded Wednesday after a car was submerged in water in South Deering on the Far South Side.

Officials responded to reports of a car in the water about 4:45 p.m. in the 11200 block of South Doty Avenue, according to Chicago police and fire officials.

Witnesses told authorities they saw the car go into the water in the ditch before five people left the scene in another vehicle, according to the fire department.

A Chicago Fire Department helicopter landed on the street to get divers into the water, the fire department said. The car turned out to be empty.

No injuries have been reported, according to police.