POSEN, Ill. - It was a Mother's Day tragedy.

On Sunday, a driver hit and killed a 62-year old Riverdale woman as she was leaving church. The driver then took off.

The Odneal family was planning to get together in the afternoon for Mother's Day, but the matriarch of the family -- Annette Odneal -- was killed right outside her church in south suburban Posen.

The family of Annette Odneal has shared surveillance video in hopes someone can recognize those involved in her hit-and-run death.

The family has shared surveillance video in hopes someone can recognize those involved. The video shows what appears to be two people carrying an injured person to a back alley. The injured person is reportedly the driver who struck and killed Annette Odneal.

"If anyone knows anything about what happened to my wife on Mother's Day in Posen, I'm asking you to come forward, because we need justice here," said husband O.B. Odneal.

The suspect is a 17-year-old who had an injured leg, according to Posen Mayor Frank Podbielniak. The suspect wound up at a local hospital and had to have surgery. He was driving a stolen car and there were three other cars following him, the mayor said. 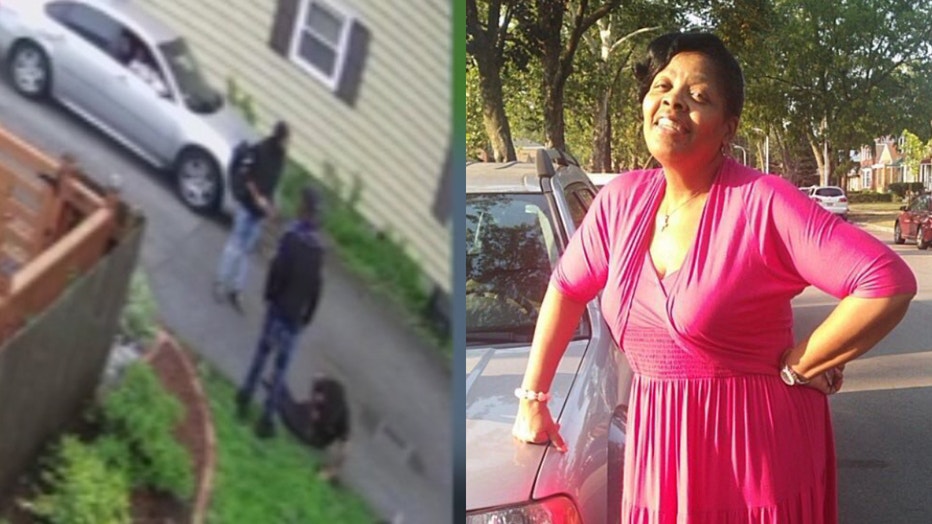 Police have not yet charged the driver.