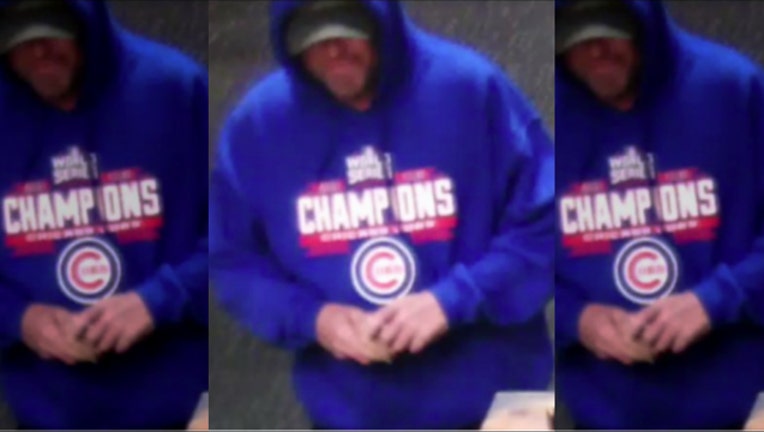 The non-takeover robbery happened 4:41 p.m. at the First Merit Bank branch at 8480 Archer Ave., according to the FBI.

The suspect is described as a 35-year-old white man who is about 5-foot-7, the FBI said. He was wearing a tan baseball hat and a blue Chicago Cubs’ World Series hooded sweatshirt.