U.S. Magistrate Judge Martin Carlson in Harrisburg said he will consider bail and that he plans to conduct a preliminary hearing on Thursday in the case of Riley June Williams.

HARRISBURG, Pa. - A woman accused of entering the U.S. Capitol illegally during the Jan. 6 riot will likely be charged with stealing a computer from the office of House Speaker Nancy Pelosi, a federal prosecutor said in court Tuesday.

U.S. Magistrate Judge Martin Carlson in Harrisburg said he will consider bail and that he plans to conduct a preliminary hearing on Thursday in the case of Riley June Williams.

Williams is charged with trespassing as well as violent entry of the Capitol and disorderly conduct, both misdemeanors, and is being held in the county jail in Harrisburg. She spoke only briefly during the half-hour proceeding and was represented by a public defender.

Federal authorities are preparing two new felony charges of stealing government property and aiding and abetting against the Harrisburg resident, Assistant U.S. Attorney Christian T. Haugsby told Carlson. Those charges have not yet been approved by a judge in Washington, he said. 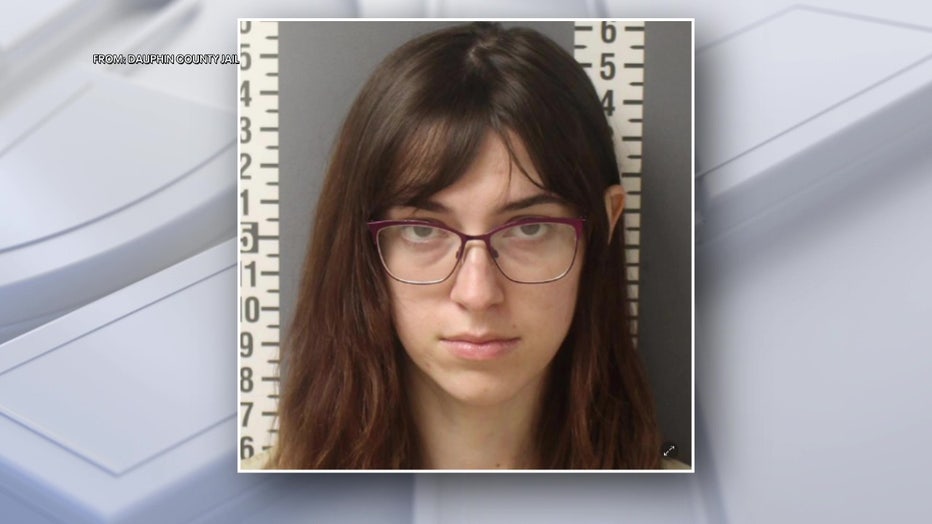 The FBI has said a witness who claims to be an ex of Williams' said friends showed that person a video of Williams taking a laptop computer or hard drive from Pelosi’s office during the breach of the U.S. Capitol by supporters of President Donald Trump.

The tipster alleged that Williams intended to send the device to a friend in Russia who planned to sell it to that country’s foreign intelligence service, but that plan fell through and she either has the device or destroyed it, investigators said in court records.

Pelosi’s deputy chief of staff, Drew Hammill, confirmed two days after the Capitol attack that a laptop used only for presentations had been taken from a conference room.

Haugsby told Carlson that prosecutors in Washington intend to file two felony charges against Williams, but the documents had not yet been approved by a federal judge. Haugsby argued Williams should not be released on bail pending trial, saying she might flee or try to obstruct justice.

Carlson scheduled the preliminary hearing and consideration of bail for early Thursday morning. Williams' lawyer, Lori Ulrich, argued for her release and against a delay.

Williams' father, who lives in the Harrisburg suburb of Camp Hill, told local law enforcement that he and his daughter went to Washington on the day of the protest but didn’t stay together, meeting up later to return to Harrisburg, the FBI said.