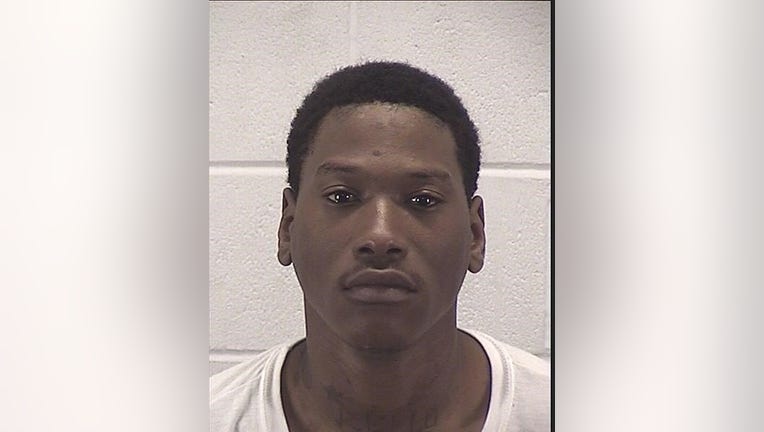 Aurora Police have arrested and charged the final suspect in connection to the January carjacking and shooting that left a woman paralyzed.

AURORA, Ill. - Aurora Police have charged the fourth and final suspect in connection to the January carjacking and shooting that left a woman paralyzed.

Darrell Frazier, 18, was arrested on Wednesday after detectives followed up on a lead in Lansing, Ill.

Frazier was taken into custody without incident.

He was interviewed by detectives and, shortly thereafter, charged with felony aggravated battery with a firearm, aggravated vehicular hijacking, armed violence and two counts of possession of a stolen vehicle.

Police arrested the other two suspects Edward James McGee, 26, and a teenage boy on April 29.

Both were charged with felony aggravated battery with a firearm, aggravated vehicular hijacking, armed violence and two counts of possession of a stolen vehicle.

MORE: 'A beer for Kim': Brewery raises money for mother paralyzed during a carjacking in Aurora

The Kane County State's Attorney's Office is seeking to have the boy's charges upgraded to adult charges as he was 15 at the time of the carjacking.

His name has not been released as he is currently charged as a juvenile.

The third suspect involved in the carjacking was shot and killed during a vehicular hijacking in Lansing, according to police.

The victim, Kimberly Weibring, was eating in her car in a Wendy's parking lot when the four suspects allegedly pulled her out of her red 2015 Hyundai Santa Fe, shot her in the back and drove off in her car, police said.

'A beer for Kim': Brewery raises money for mother paralyzed during a carjacking in Aurora

A mother of two who was paralyzed during a carjacking is now getting some help from a southwest suburban brewery.

Responding officers found Weibring on the ground. She is now paralyzed and may need to be in a wheelchair for the remainder of her life, according to police.

"That woman, 47-year-old Kimberly Weibring, is now permanently paralyzed from the waist down," Aurora Police Chief Kristen Ziman said. "Let’s pause there for a moment to reflect upon this woman – who was minding her own business inside her car. She represents all of us who move through the world each day without harming anyone. Who, in a moment’s notice, become a victim of a violent crime at the hands of heartless evil-doers."

The woman’s stolen Hyundai was recovered on January 20 in Harvey, police said. Detectives found bullet holes both inside and outside the vehicle.

Officers also located the suspect’s 2011 Ford Escape in the parking lot, and learned the car had been stolen in another carjacking in Dekalb County less than an hour earlier.