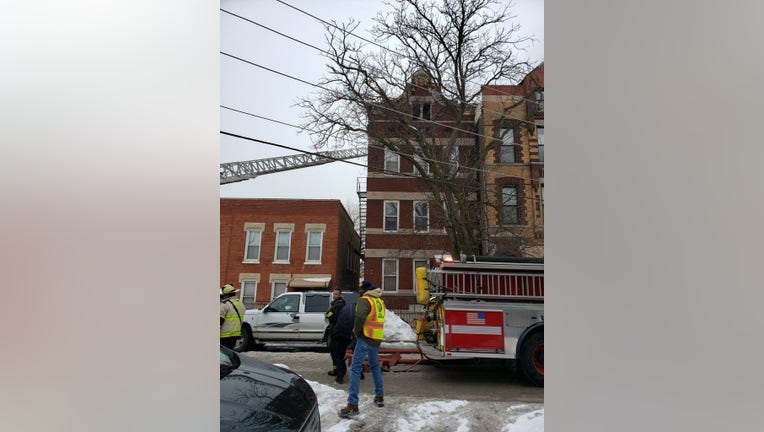 Firefighters respond to a blaze Feb. 10 in the 1000 block of West 32nd Street. | Chicago Fire Department

CHICAGO - No one was injured after a fire broke out Wednesday morning at a Bridgeport apartment building, displacing about two dozen children and adults.

The fire was extinguished "pretty rapidly" after crews arrived at the three-flat in the 1000 block of West 32nd Street, according to Chicago Fire Department spokesman Larry Langford.

The fire started on the third floor, but it was unclear what caused it, Langford said.

Residents of the home took shelter at the nearby 9th