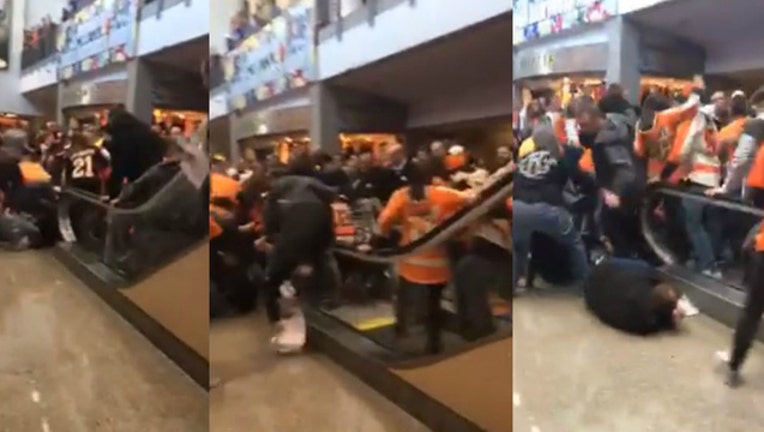 The glitch at the Wells Fargo Center happened shortly after the Philadelphia Flyers beat the Ottawa Senators, as fans were leaving the arena.

Some fell to the ground near the bottom of the escalator as others tried to jump out of the way.

"We immediately closed it down to protect our patrons and notified the operator," Comcast Spectacor spokesman Ike Richman said. Investigators said they would look into what caused the giant malfunction.