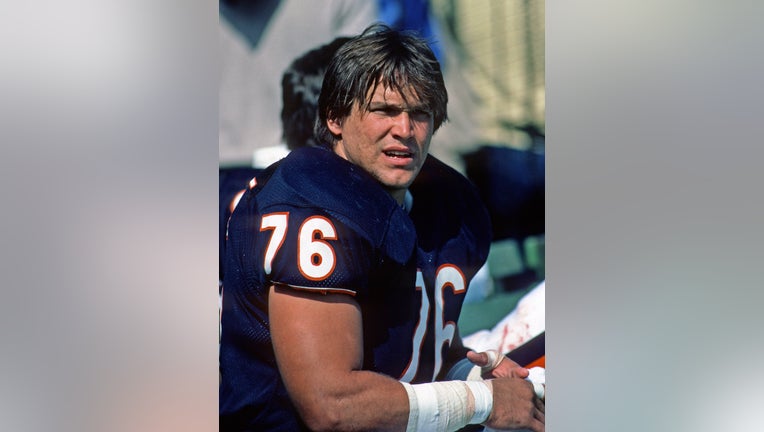 CHICAGO, IL - SEPTEMBER 30: Defensive lineman Steve McMichael #76 of the Chicago Bears looks on from the sideline during a game against the Dallas Cowboys at Soldier Field on September 30, 1984 in Chicago, Illinois. The Cowboys defeated the Bears 23-

McMichael was a beloved member of the 1985 Super Bowl champion Chicago Bears.

McMichael has Lou Gehrig's disease and was honored Saturday during the 20th anniversary of the Les Turner ALS Foundation's Walk for Life.

His old teammates were there, including Keith Van Horne and Dan Hampton.

McMichael says, "One of these days, we'll cure this." ALS is a progressive disease that attacks nerve cells that control muscles throughout the body.