CHICAGO - A former Chicago man was sentenced Monday to two terms of natural life in prison for the 2015 fatal stabbing of his girlfriend.

Launden Luckett, 34, was sentenced to two terms of natural life in prison without the possibility of parole, as well as an additional 25 years for armed robbery, according to the DuPage County state's attorney's office. He was found guilty of first degree murder on Nov. 22 after a five-day-long jury trial.

On Oct. 19, 2015, Woodridge police responded to a well-being check and discovered the body of Cecily Dickey in her apartment. Dickey had been repeatedly stabbed and choked, prosecutors said.

While conducting the investigation into Dickey's death, Woodridge police learned she drove to Chicago on the evening of Oct. 16, 2015 to pick Luckett up and brought him back to her apartment. 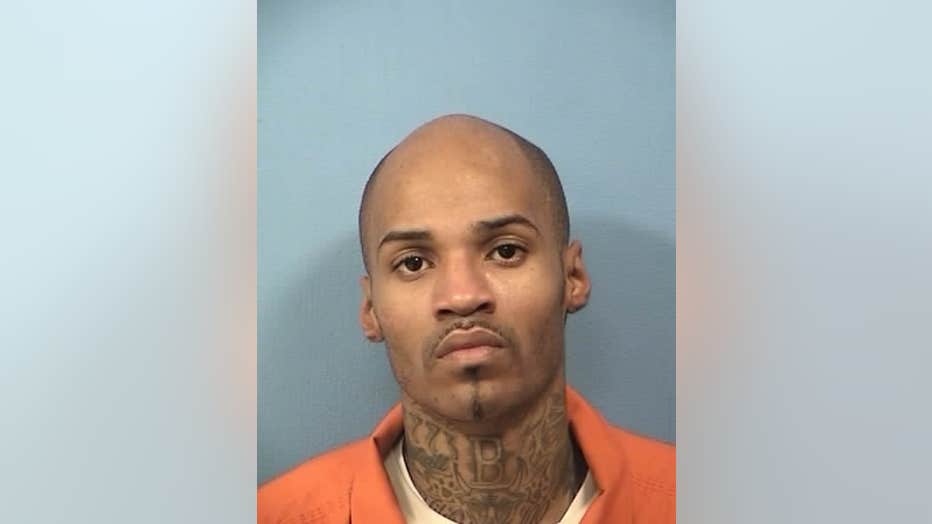 Dickey and Luckett got into an argument early the following morning that turned physical. Dickey ran into the bathroom to get away from Luckett, but he chased her down and stabbed Dickey in her stomach, prosecutors said.

Luckett grabbed Dickey as she tried to run from the bathroom, but he knocked her to the floor and continued to stab her and choked her.

Following her murder, Luckett stole Dickey's cell phone, debit card and car and fled the scene, according to the state's attorney's office.

On Dec. 16, 2015, Luckett was charged with Dickey's murder while he was in custody in Cook County on unrelated charges.

Luckett has remained held at the DuPage County Jail since his arrest, the state's attorney's office said.

"This morning Launden Luckett learned that for the brutal, vicious murder of Cecily Dickey, he will be removed from society for the rest of his natural life, the only appropriate sentence," State’s Attorney Robert Berlin said in a statement. "Violent crime in its rawest form, as displayed by Mr. Luckett in this case, has an obvious effect on the victim and surviving family members.

"Additionally, these crimes affect the entire community representing not just a loss of a friend or a neighbor, but also a loss of safety and security. I wish Cecily’s family and friends continued strength and fond memories of Cecily as they close the book on this horrible chapter of their lives."