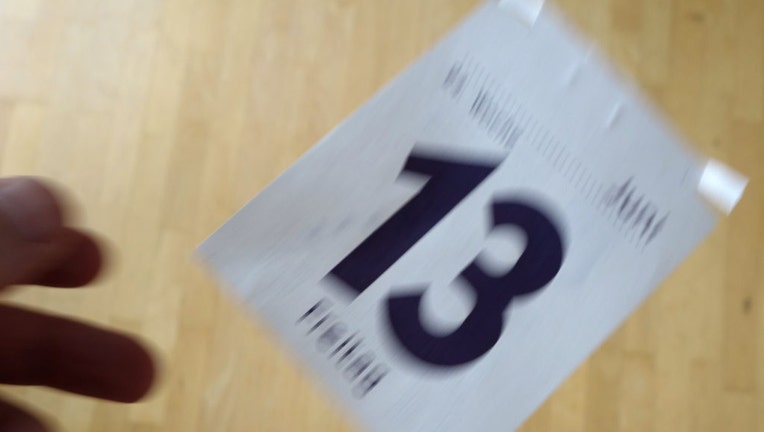 FILE- A page of a calender which reads 'Friday 13th' falls to the ground in Berlin, Germany. (Photo by Soeren Stache/picture alliance via Getty Images)

Depending on who you ask, the day tends to conjure certain feelings for some who are superstitious.

Here’s a little background on the origins of Friday the 13th.

Why is Friday the 13th considered unlucky?

RELATED: Friday the 13th origins: A look at why the day is considered unlucky

The ancient Code of Hammurabi, one of the earliest and most complete written legal codes, reportedly omitted a 13th law from its list of legal rules, according to History.com. Though this was likely a clerical error, superstitious people sometimes point to this as proof of the number’s negative associations. 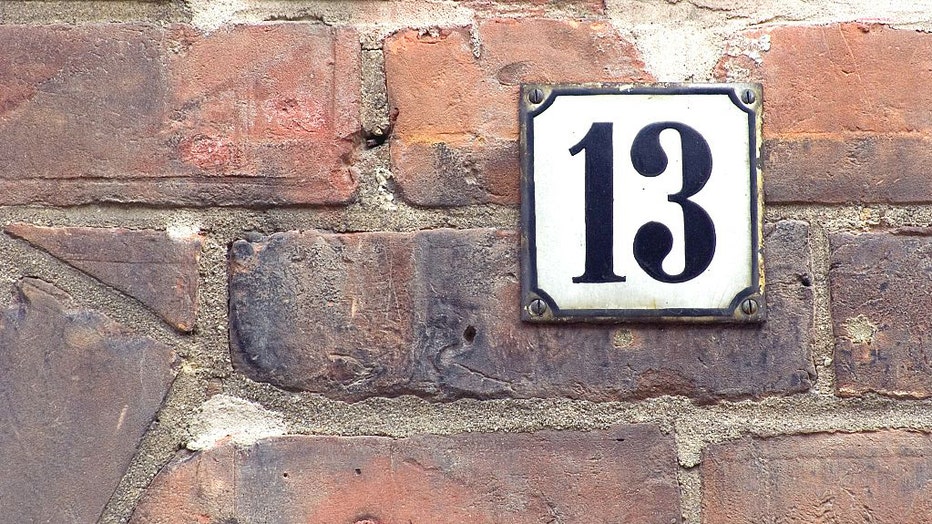 FILE-The number 13 is seen on a brick wall. (Photo by Wodicka/ullstein bild via Getty Images)

In Western lore, experts believe the fear over 13 started in the Bible. Thirteen guests attended the Last Supper, including Jesus and his 12 apostles — one of whom, Judas, betrayed him. The next day was Good Friday, the day of Jesus’ crucifixion. The Last Supper seating arrangement is believed to have created a Christian superstition that having 13 guests at a table was a bad omen, according to the site.

Regarding the day of Friday, the negative connotation may also have roots in Christianity, History.com explains. Jesus was crucified on a Friday. Some believe Friday was the day Eve gave Adam the forbidden fruit from the Tree of Knowledge and the day that Cain killed his brother, Abel, according to the website.

Fear of Friday the 13th

Some who fear Friday the 13th suffer from friggatriskaidekaphobia — described as having a "morbid, intense, excessive and irrational fear" of the day, according to allaboutcounseling.com, a site providing information on counseling and social issues.
The Stress Management Center and Phobia Institute estimates that between 17 and 21 million Americans suffer from this phobia.

In the late-19th century, a New Yorker named Captain William Fowler sought to remove the stigma surrounding the number 13 by founding an exclusive society called the Thirteen Club, according to the History Channel.

The group dined on the 13th day of the month in room 13 of the Knickerbocker Cottage, which he owned and later sold on Friday, April 13, 1883.

According to History.com, several former U.S. presidents — Chester A. Arthur, Grover Cleveland, Benjamin Harrison and Theodore Roosevelt — were members at one point or another.

Many people also suffer from triskaidekaphobia, defined as the irrational fear of the number 13. Airlines such as Air France often don’t have a 13th row, and many buildings in the U.S. don’t have a 13th floor.
Experts say that it’s an economic decision — as customers would not spend money on something they thought was cursed.

What the number 13 means around the world

In Asia, 13 is just another number. And in China, it’s the number 4 that provokes the most fear — as the pronunciation of the word for the number four is similar to that of the Chinese word for death," according to National Geographic. The phenomenon is known technically as "tetraphobia."

The number 8 is particularly lucky in China and Japan because it sounds similar to "prosperity" or "wealth."
In Greece, Mexico and Spain, Tuesday the 13th is thought to be cursed.

FOX Television Stations reporter Kelly Hayes and the Associated Press contributed to this report. This story was reported from Washington, D.C.

Editor’s note: A version of this article was originally published on Nov. 13, 2020.