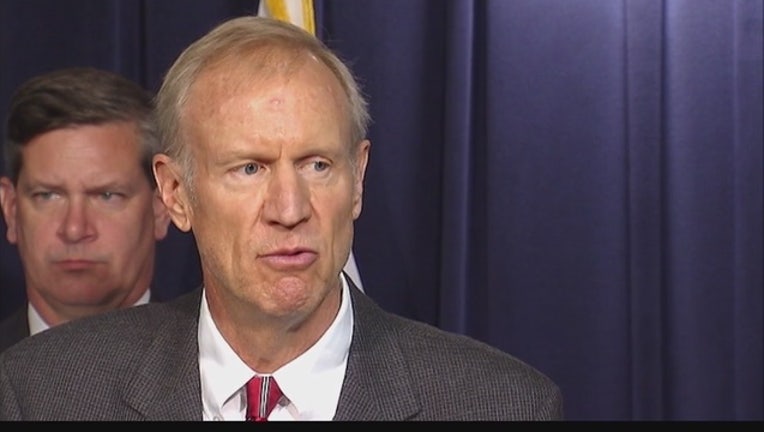 CHICAGO (AP) — Illinois Gov. Bruce Rauner on Wednesday closed state museums and a sport-shooting complex because of Illinois' budget crisis, even though most staff will still report to work and the museum's board chairman says the savings will amount to "peanuts."

By museum officials' calculations, the closing of the 138-year-old museum in Springfield and its four satellite facilities will initially save the state less than $400,000, a tiny fraction of Illinois' projected $5 billion budget gap.

The Republican governor targeted the museums and the World Shooting and Recreational Complex in the southern Illinois community of Sparta for closure effective Wednesday. He says it's part of his efforts to manage state finances while a budget deal with Democrats who control the Legislature remains elusive.

Critics say the closings are another sign of how intractable the situation has become, as both sides dig in and the state enters its fourth month without a spending plan.

"We're part of the political football," said Guerry Suggs, chairman of the state museum board of directors.

Rauner's office initially sent layoff notices to more than 100 workers at the sites earlier this year. He said closing the museums and recreational complex would save Illinois about $6.3 million.

But labor unions sued, arguing the move violated their contracts with the state. Rauner agreed to postpone the layoffs for union workers pending a court ruling but said he would go ahead with the closings.

The decision has left supporters of the facilities scratching their heads. They note workers will be collecting paychecks and the facilities still will have to be maintained, but the public — including school groups that frequent the museums — will be shut out.

Suggs said researchers and scientists will continue their work, but it's unclear what tour guides, security officers and other staff will do.

"Maybe somebody will get a good card game going," he said.

Rauner spokeswoman Lyndsey Walters said in addition to scientific research, curators will maintain collections and educators will plan future programming. Other employees will be put in "temporary roles." Workers at the Sparta complex will prepare the site for winter then be reassigned to other sites.

"Closing the Illinois State Museum and Sparta Shooting Complex will save Illinois taxpayers millions of dollars," Walters said in an emailed statement.

Walters would not address how the savings could be that high if almost all the employees are still being paid and the facilities still have to be maintained.

Suggs estimated the savings from laying off a small number of nonunion museum employees would be less than $400,000 annually — minuscule compared with the state's multibillion-dollar deficit or the tax revenue generated by tourists, he said.

The museum's branch locations are the Dickson Mounds archaeological site in Lewistown and art galleries in Chicago, Lockport and Whittington.

The mayor of Lockport told The (Joliet) Herald-News that he's trying to keep the art gallery located in the Chicago suburb open by using local funds.

Events scheduled at the shooting complex beginning Thursday will not be held, state officials said.