This weekend, the Northwestern football team will be taking on Nebraska in Dublin, Ireland, and it's a homecoming of sorts for one local player.

EVANSTON, Ill. - This weekend, the Northwestern football team will be taking on Nebraska in Dublin, Ireland, and it's a homecoming of sorts for one local player.

His grandfather was a star player in Ireland in the 1950s. On Saturday, that grandfather will be watching his grandson play on TV from his home in Beverly.

"I enjoy American football. I don't know the ins and outs of it, but I enjoy it," said 89-year-old Paddy Carr.

Paddy may not be an expert on college football, but when it comes to Gaelic football, he knows a thing or two.

It's Gaelic football where Paddy made his mark, which is Ireland’s most popular sport that's something of a mash-up of football, soccer and rugby.

"Gaelic football is, you have the shirt and pants, first of all, and that's all. No protective equipment, except your shoulder," he said.

In 1953, when Paddy was just 20 years old, he and his brothers Huey and Barney led the Warrenpoint Gaelic Football Club to a National Championship.

"We had 15 players on that team," Paddy remembered. "There's only four left now."

Now, Paddy's grandson, Declan Carr, a linebacker at Northwestern University, will be playing football in Dublin this Saturday as Northwestern takes on Nebraska. 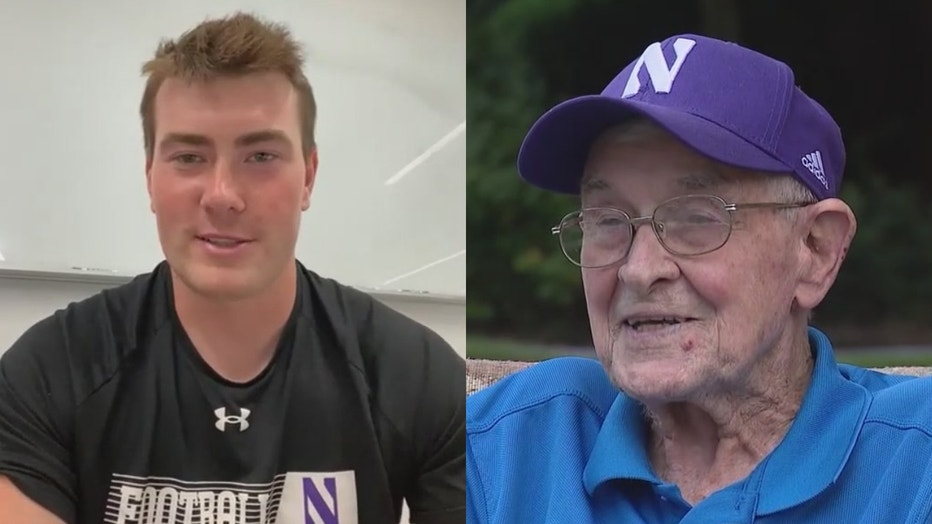 About 50 members of the Carr family — from Chicago and Ireland — will be in attendance for Saturday’s game, including Paddy's son and Declan’s dad.

"The family's so happy he's got this opportunity, and not only that but going back to Ireland where it all began, where his family came from, his Papa Carr," said Pat Carr, Declan’s father.

Paddy says he was elated when he learned Declan would be traveling to Ireland to play.

"Oh, I thought it was fantastic. Because he's a great lad, a very good man. I miss him because he always cut my grass," he said.

While Paddy will have to watch the game this weekend on TV, he is heading to Ireland in September to meet with family and friends.